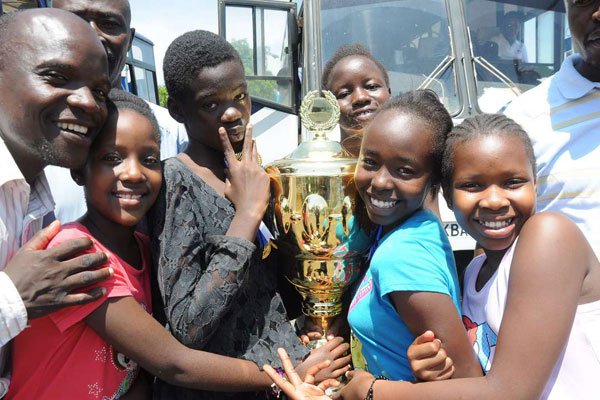 The fact that the competition was held over Easter weekend was probably one of the reasons for the huge attendance.

This year’s festival featured high quality items and adjudicators had a hard time selecting the winners.

Improvements were evident in the plays and films categories. While plays have always featured in the festival, the film category was new.

Speaking during the gala on Sunday, Mr Kahura thanked the Lake Region for successfully hosting the annual festival.

He pointed out security, which he noted was tight throughout the event.

GOOD MANAGEMENT
He also hailed the team of adjudicators for being impartial and discharging the demanding job they had to contend with due to the high standard of performance exhibited by the students.

During the producers dinner in Kisumu, Mr Kahura was given an excellence award for expanding the festival to include the early childhood development and film categories.

Together with Mr Khaemba, the KNDF chairman was also awarded for good management and streamlining the event.

In the gala, students from primary and secondary schools, colleges and universities presented the most impressive items.

Uhuru to host fete winners in Kisumu Reviewed by samrack on April 17, 2017 .