Uhuru rules out negotiations with Raila 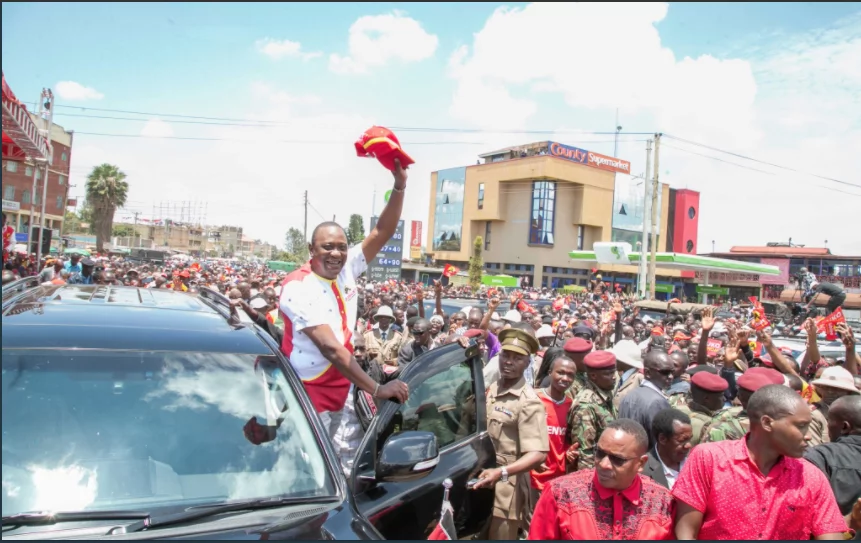 Uhuru rules out negotiations with Raila

Raila Odinga said he is ready for talks with Uhuru Kenyatta but not on power-sharing – Raila invited the international community to intervene in Kenya, telling them they shouldn’t wait to be invited -Uhuru ruled out negotiation talks, saying Kenyan presidents can only be elected by Kenyans President Uhuru Kenyatta has ruled out any chances for talks between himself and the National Super Alliance presidential candidate, Raila Odinga. Speaking in Muranga county on Saturday, October 14, President Uhuru said that he and his Jubilee Party are not interested in mediation. “We have our constitution that clearly states the president of our republic shall be elected by the public,” said Uhuru.

President Uhuru made these remarks in response to Raila Odinga’s sentiments that the international community should come to Kenya and mediate talks between himself and Uhuru. Speaking on Thursday, October 13, at Chatham House in London, United Kingdom, Raila said the international community should not wait to be invited to intervene in the Kenyan political situation. “Yes, we invite general friends of Kenya to come and help in Kenya. In Africa they say, when a neighbour’s house is on fire, you don’t need to be invited. You just come in. So you don’t have to wait to be invited. Just come in as there is a serious crisis in Kenya and you don’t have to wait for Kenyans to be killed to know that there is a crisis,” said Raila during an interview segment. 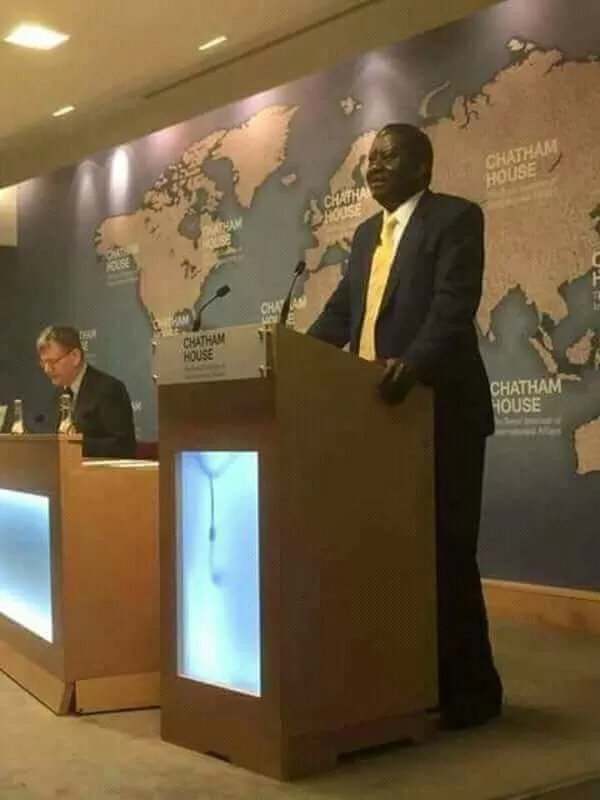 He further added that he did not personally need to tell the international community what he wanted done because “the international community knows what buttons to press”.Raila said he is ready for talks with Uhuru but not one where he wanted to seek a coalition government with Jubilee. Raila’s sentiments came after he and his running mate, Kalonzo Musyoka, withdrew from the October 26 repeat presidential election, saying the outcome was already predetermined.

Uhuru rules out negotiations with Raila  Reviewed by samrack on October 14, 2017 .

President Uhuru on the campaign trail in Muranga county on Saturday, October 14. Photo: Uhuru Kenyatta/Twitter.  Uhuru rules out negotiations with Raila  Raila Odinga said he is ready for talks with Uhuru Kenyatta but not on power-sharing – Raila invited the international community to intervene in Kenya, telling them they shouldn’t wait to be invited