President Uhuru Kenyatta today said he is ready to lose more friends in the current war against corruption. The President said he had lost many friends over the last few weeks but vowed that the government will not relent until the battle to rid Kenya of corruption and impunity is won. “I have lost close friends over the war on corruption. We must be ready to lose friends and do what is right in the eyes of God,” said President Kenyatta adding that the country stands on the threshold of transformation. The Head of State spoke at the Faith Evangelistic Ministry (FEM) church in Karen, Nairobi where he joined thousands of worshippers for a Sunday service that also marked the beginning of a one week conference at the sanctuary. President Kenyatta also revealed that he has been receiving calls to stop the ongoing demolition of buildings erected on riparian land in Nairobi but vowed the government will not relent in the current drive which demonstrates the government’s commitment to end impunity and restore the rule of law. The Head of State said those making the calls to him were wondering how he could remain silent and watch buildings worth billions of shillings being brought down. “We must fight impunity not because we want to destroy for the sake of it. If we do not fight impunity, we will not achieve our goals. For the country to succeed we must fight corruption and impunity,” said President Kenyatta. The President who was joined by Deputy President William Ruto at the church service said the sustained war against graft is aimed at creating a conscientious nation that respects, treasures and values hard work and integrity. “Let’s develop a nation that has a conscience and one that is driven by God-fearing people,” said President Kenyatta. The Head of State added that corruption is one of the forces that keeps frustrating national dreams including access to quality education, quality health care, decent meals for all, and quality jobs that give pride and dignity to Kenyans. President Kenyatta observed that the envisaged transformation of the nation cannot succeed as long as corruption is allowed to continue destroying the nation. “We must fight all forces that prevent us from achieving our dreams,” said President Kenyatta who was hosted at the FEM Family Church by its founder Evangelist Teresia Wairimu. President Kenyatta told the congregants that the anti-corruption war will not be based on how much money an individual has amassed or who the person knows neither the influence he yields. “We must reach to a stage in our country where it is not who you know…that you know the President, that you know the minister, that you know who is who in which office. That should not be. That’s not what makes a human being,’ said the President He added: “We must begin to judge people by their character and reward them on the basis of what they have achieved for the country, their talents and skills” The Head of State added that the power to transform the country does not reside on any one individual but on all Kenyans collectively, working together. “Kenya is in a state of transformation. We are in a process of change. The power to transform this nation resides in every Kenyan. Both Bishop Clarence McClendon who delivered the sermon and Evangelist Reinhard Bonnke who addressed the faithful through video-link described Kenya as a great country that is on the right path of development. 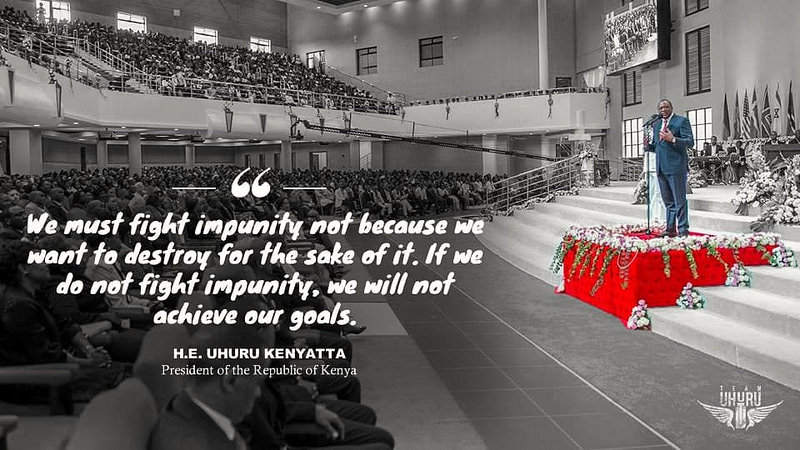 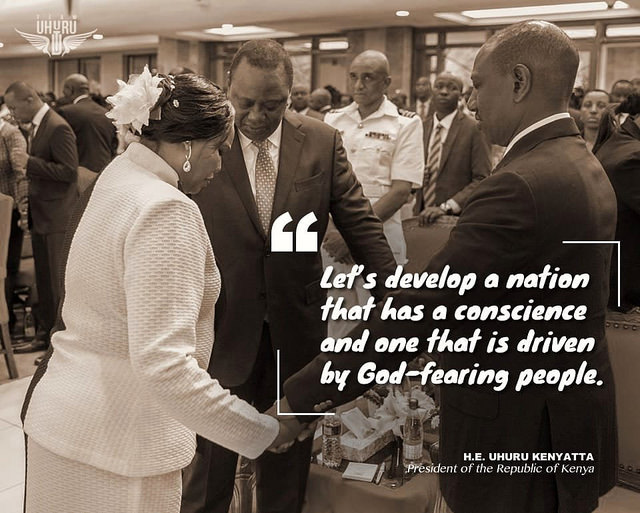