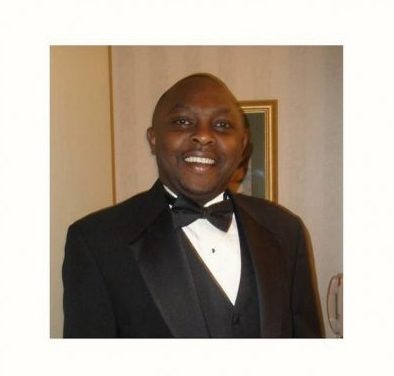 Due to sudden death of David Wahome Mwangi of  Marlborough Massachusetts
He was the loving husband to Kathy Mwangi, brother to Esther Mwangi, nephew to Lydiah Muriuki of All Nations Presbyterian Church (ANP)

There will be fellowship/prayers daily at 458 Berlin Rd Marlborough,Massachusetts from 6Pm-9Pm

Welcome to the memorial page for

Marlborough- David W. Mwangi, 36, of Marlborough died Thursday February 9, 2017 from injuries received in an automobile accident in Warrick County, Indiana.  He was the husband of Kathleen A. (Fitzpatrick) Mwangi of Marlborough. David was born and raised in Nyeri, Kenya, the son of James M. Muriuki of Kenya and the late Annah W. Mwangi and graduated from high school while in Kenya. He moved to the United States in 2002 and was a graduate of Bismarck State College in North Dakota where he received a Bachelor’s Degree in Engineering and was in the process of completing the Master’s Degree program at WPI in Worcester. He was relocating to Indiana with his family and was employed with Vectren Corporation in Evansville.  He previously worked for National Grid in Northborough and Utilidata in Providence as an electrical engineer.  David was devoted to his family and was known as the grill master for gatherings of family and friends.. He was a huge New England Patriots fan. In addition to his wife and father, he leaves his 8 year old son, James J. Mwangi of Marlborough; a step-daughter Erin Rooney of Peabody; two brothers, Paul J. “PJ” Mwangi of Australia and Timothy Mwangi of Kenya; a sister Esther Mwangi of Shrewsbury; many aunts, uncles, nephews, nieces and cousins.

Calling hours will be held Friday February 17 from 5-8 p.m. in the Fitzgerald & Collins Funeral Home (www.CollinsFuneral.com), 378 Lincoln Street, Marlborough.  Following cremation burial will be private. In lieu of flowers donations may be made to St. Jude Children’s Research Hospital,  501 St Jude Place Memphis, TN 38105. All are invited to sign David’s online guestbook at www.CollinsFuneral.com. Funeral arrangements are under the direction of the Fitzgerald & Collins Funeral Home.