This was a shameful week for Kenya 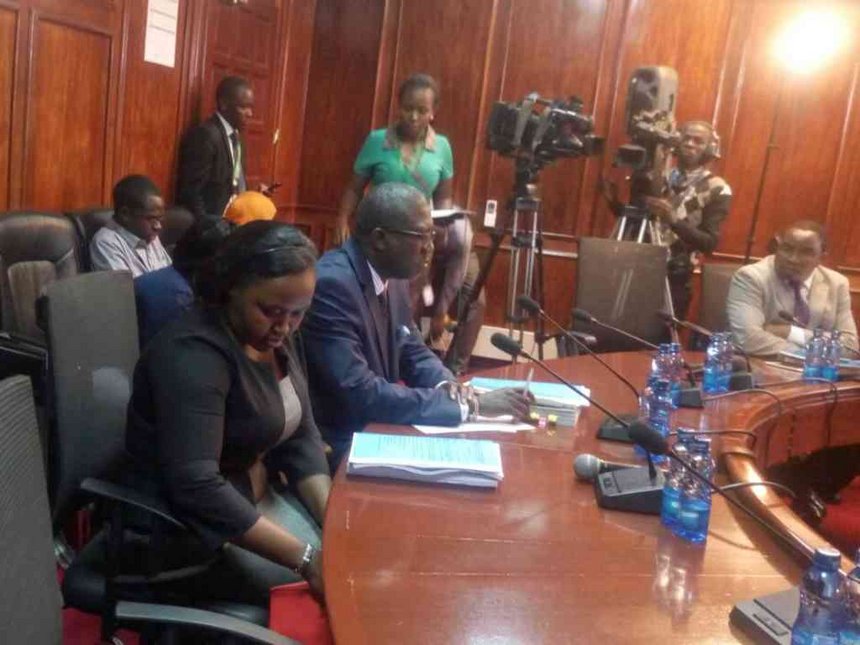 This was a shameful week for Kenya

The events that have unfolded in Parliament this week through the Public Accounts Committee make some of us feel ashamed of being Kenyan.

There can be no better case for money laundering than when Josephine Kabura admits that she withdrew Sh60 million from a bank and casually passed it on to a driver as a ‘soft loan’. The driver in question earns a monthly salary of Sh15,000!

Mangiti served as the PS to Waiguru before both of them disgracefully exited the stage in the wake of corruption scandals exposed by media at the NYS.

It unfortunate that we have reached a point where the principle of collective responsibility, so much cherished in the past, is thrown out of the window, exposing the worst side of our governance.

Collective responsibility is supposed to ensure administrative and managerial cogency. Government units are supposed to be harmonious in operations and act in similar rhythm.

But what we are seeing through these investigations is everything but harmony, raising concerns about our governance structure.

We are talking about the theft of money in mind-boggling figures too casually.

Watching the circus on TV is like a bad comedy. The worst thing is that it is a sad tragicomedy that touches on the lives of the people of Kenya. The money stolen is big and ought to be funding education, health and providing water for our rural households. But we are very casual about it.

Stealing Sh1 billion is like signing a death warrant for millions of Kenyans.

If we were a proper society, all these people should appear before the committee from prison. In fact, they should make the appearances in their prison uniforms, as one way of reminding Kenyans there is nothing funny about theft of public funds.

Because officially we have decided to reduce theft of public funds to comedy, there now exists the danger citizens may be tempted to take the law into their hands.

As a country, we have failed to deal with corruption in a civilized manner through the legally established institutions.

We are pushing the people to desperate levels, where they may opt to explore their own ways of dealing with the problem and saving themselves from that which institutions and their heads have failed to do.

Manyora teaches at UoN and comments on current affairs.

This was a shameful week for Kenya Reviewed by samrack on November 3, 2016 .