The Do’s & Don’ts of Fighting Fair 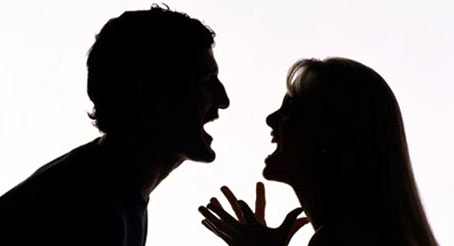 Strategy One: Avoid the screaming match all together.
If you feel an argument coming on, Dr. Patricia Covalt, author of What Smart Couples Know: The Secret to a Happy Relationship, offers several strategies to keep the situation under control:

1. Manage your emotions. “Stay self-aware and in touch with what you’re feeling. Watch how you’re handling your anger,” she says.

2. Control your breathing. “Stop and take relaxing breaths as often as you can. That has a powerful effect when you’re in the middle of an argument,” Covalt says.

3. Give yourself time to calm down. “Never discuss serious issues in the heat of the moment, always wait until later when everything’s fine and say ‘this is how I felt when that happened,’” says Judge Lynn Toler, of the shows Divorce Court and Decision House.

Strategy Two: Calm down if you’re already in the middle of a brawl.
Some fights just can’t be avoided, but even if things have escalated to a volume the neighbors can hear, there are some ways to bring it back down and resolve the issue:

1. Stay in tune. “Make sure you feel pretty confident that the other person is being heard. That doesn’t mean you have to agree with them. Just because I’m listening to you does not mean I agree with you,” Covalt says. Listening is one of the most important things you can do in an argument.

2. Control your need to win. It’s common for us to want to win in an argument and as Covalt says, “get our licks in,” but we need to be a little more mature than that. Toler adds, “There’s too much compromising if it’s only being done by one person.” It’s more important to reach a solution you can both be happy with than to get the last word.

3. Take turns. Covalt says it’s better to speak in one to two sentences, not in paragraphs. So try and agree to follow this rule if possible.

4. Use “we” not “you.” Try to avoid attacking statements like “you’re too angry” or “you always do this,” because all it does is put the other person in a defensive position. Try and use “I” and “we” statements like “we need to calm down,” so it feels like a discussion and not an attack.

5. Stay on task. Toler stresses the importance of sticking to one argument at a time and not venting everything that’s been bothering you all at once. “If you’re arguing about a, you do not get to bring up b, c, d, and e, even though they’re still on your mind,” Toler says.

Strategy Three: Recovering when the fight is over.
1. Avoid the blame game. “Take some ownership or responsibility as it’s appropriate. Not out of guilt, or people pleasing or martyrdom or any of that, don’t let yourself get run over, just be accountable,” Covalt says.

2. Follow up. After you’ve both had some time to reflect on the argument, check in with your partner, see how he feels about the situation, if there is anything unresolved, and share how you feel as well.

3. Don’t hold a grudge. Covalt says this is the worst thing you can do. “After you complete the argument, make sure you say to yourself, ‘I’m not just going to remember what’s bad about this person,’ but try to shift into positive thought or feelings,” she says.

The best way to work through an argument is if both people approach it maturely, with a positive attitude, and with the goal of coming to a constructive resolution, not winning or topping their partner in a name-calling match (so you may want to leave this article around for your partner to read before your next disagreement). But even if the other person is uncooperative, you can still be mature and follow Covalt and Toler’s advice—this is one instance when it doesn’t always take two, but there’s a good chance he’ll follow your lead.

Share thisFacebookTwitterPinterestEmailWhatsAppBy Sarah Carrillo Strategy One: Avoid the screaming match all together. If you feel an argument coming on, Dr. Patricia Covalt, author of What Smart Couples Know: The Secret to a Happy Relationship, offers several strategies to keep the situation under control: 1. Manage your emotions. “Stay self-aware and in touch with what you’re