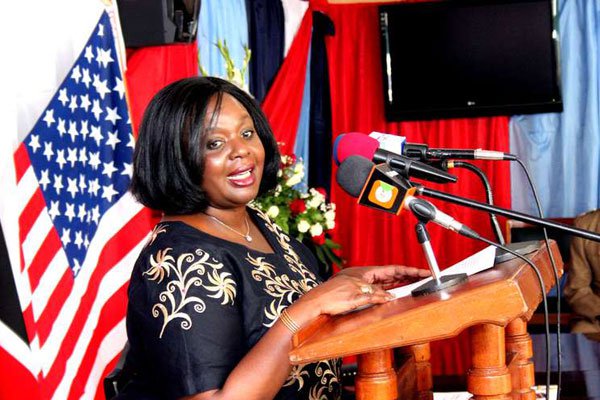 A US congressman is seeking to halt Kenya’s pending $418 million weapons purchase from a US contractor centred on 12 converted agricultural aircraft intended to bolster the Kenya Defence Forces’s campaign against Al-Shabaab.

In urging his colleagues to block and investigate the deal, the North Carolina Republican said a company in his home state would sell Kenya planes better suited for their envisioned purpose at less than half the quoted price.

Kenya has agreed to pay the full $418 (over Sh43 billion) million cost of the deal centred on a dozen Air Tractor AT-802L aircraft, a US State Department official said last month.

The US Congress must approve the sale of the dozen Air Tractors, two trainer planes and related weapons systems manufactured by L-3 Communications, a Texas-based company.

Congressman Budd is charging that the contract was awarded without competitive bidding to L-3 Communications, which, he said, “has no experience or track record producing this kind of aircraft.”

IOMAX, a company based in the congressman’s own district, can deliver to Kenya a more appropriate and proven type of aircraft for $283 million less than L-3’s price, Mr Budd said.

“We need to ensure that Kenya, a long-time ally, is getting a fair deal, and that veteran-owned small businesses in our state aren’t getting shut out of competition because of government favouritism towards giant contractors,” the congressman declared.

He did not elaborate on the purported fraud involved in Kenya’s deal with L-3, which has been given clearance by the US State Department.

A military monitoring news organisation based in London reported on Thursday that Kenya may have confused the AT-802L made by L-3 in Texas with an AT-802 aircraft manufactured by IOMAX in North Carolina.

Based on comments from an anonymous source said to be familiar with the deal, IHS Jane’s Defence Weekly reports: “Kenya requested the AT-802L from Air Tractor and its systems-integration partner (and prime) L3 Technologies on the basis of it being an already in service and combat-proven platform, confusing it with the IOMAX-developed AT-802 and the follow-on Archangel Border Patrol Aircraft (BPA) that have been sold to the United Arab Emirates (UAE) and regional allies.”

“As of yesterday,” this source added, “Kenya was completely unaware that L3 was not the company who built the 48 [IOMAX] aircraft [delivered to the UAE].”

According to a leaked “background document” cited by Jane’s, IOMAX is at present “the only contractor with a manned and weaponised BPA airframe approved for export from the United States.”

A key business advantage for IOMAX, the document adds, is its ability “to provide an integrated, weaponised platform suitable for equipping and firing laser-guided munitions from a purpose-built airframe.”

The State Department did not immediately respond to a request for comment on Congressman Budd’s charges.