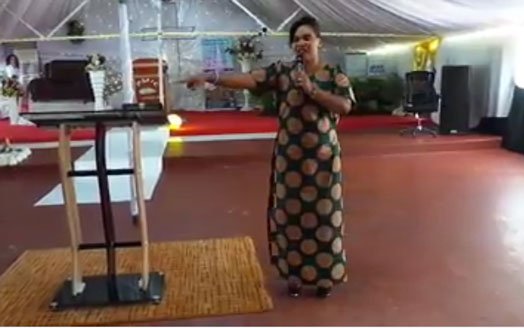 Tanzanian preacher, Esther Bukuku, has made a prophesy on the outcome of presidential election in Kenya. PHOTO | COURTESY

A Tanzanian preacher has prophesied victory for President Uhuru Kenyatta in the fresh presidential election scheduled for October 17.

Esther Bukuku, who ministers at the PMIC Church in Moshi, made the revelation during a sermon to her congregation on September 3.

The video of this ‘prophesy’ has been shared on Facebook by Nairobi Governor Mike Sonko.

The minister, who claims the revelation was made to her in dream, further says no violence will be witnessed in Kenya.

“God doesn’t have a problem with President Kenyatta’s challenger, Raila Odinga, and that’s why He had offered the opposition leader all the riches,” the preachers says in her prophesy.

However, Bukuku insists that President Kenyatta is God’s anointed one to lead Kenyans.

“And then God appeared to me for a third time and showed me how He has blessed Odinga. He is very rich. With these riches he doesn’t even need the Presidency. He seems just to be fighting to be called Mr President,” explained Pastor Bukuku.

“And God added that I want his (Odinga’s) heart to first recognise my blessings. As pertains the seat (Presidency), I have not anointed him (Odinga). I have anointed Uhuru Kenyatta. He is a young man. Very young man. But he is the anointed one.”

President Kenyatta will face Mr Odinga for the second time in three months, after the  Supreme Court nullified the outcome of the August 8 election.