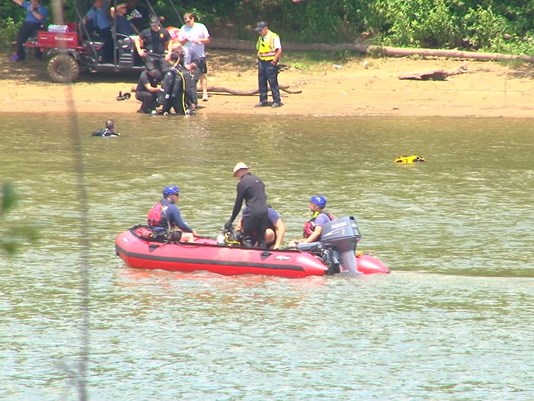 COLUMBIA, SC (WLTX) – Authorities have identified the swimmer found dead in the Congaree River Tuesday, after a multi-day search for the missing man.

Fredrick Ochieng Babu, 35, of Andrews, SC, died at approximately 11 a.m. on Sunday, June 18, 2017, according to a statement released from Richland County Coroner Gary Watts. An autopsy shows that Babu died from asphyxiation due to drowning in the river, Watts said.

With a heavy heart, I ask for your help. My brother, Fred Ochieng Babu, passed suddenly, Sunday June 18th from accidental drowing in Congaree river in South Carolina. sHe leaves behind young daughter. As you can imagine, the family is grieving right now and we have a long journey ahead of us to have his remains repatriated from Columbia, South Carolina to his final resting place in Kenya.

Funeral expenses are only the beginning for this family.

Anyone who knew Babu, knows that he had a huge heart and would help anyone who needed it. Please consider helping his family in this time of need. Anything helps. Nothing is too small.

Thank you in advance for sharing and/ or contibuting.

A group of four people were swimming in an area of the river between the Gervais Street Bridge and Blossom Street Bridge Sunday when they were overcome by the water. One of them was able to get to some nearby rocks, while two others were rescued by a person who saw that they were in trouble.The fourth person, Babu, went under the water and wasn’t seen again.

Dive teams and boats searched until dark Sunday, aided in the search by a helicopter. By mid-Sunday evening, the decision was made to stop when there was no more daylight. The crews searched again Monday, without success.

Search crews recovered the body from the Congaree River at approximately 5:20 p.m. Tuesday near downtown Columbia in the same area where Babu went missing.

Swimmer Who Drowned in Congaree River Identified Reviewed by samrack on June 30, 2017 .

Share thisFacebookTwitterPinterestEmailWhatsAppPhoto:wltx Swimmer Who Drowned in Congaree River Identified COLUMBIA, SC (WLTX) – Authorities have identified the swimmer found dead in the Congaree River Tuesday, after a multi-day search for the missing man. Fredrick Ochieng Babu, 35, of Andrews, SC, died at approximately 11 a.m. on Sunday, June 18, 2017, according to a statement released from