Yesterday President Uhuru Kenyatta was sworn in for his second term as the President of the Republic of Kenya at the Kasarani Stadium. The venue was filled to capacity by loyal supporters and various musicians such as Rufftone, Emmy Kosgei, Size 8 and many others.

However, things didn’t go perfectly smooth for Size 8 after she took to the stage. There are claims that she talked too much instead of just performing her bit and this led to her performance being cut short. Other complaints were that she chose the wrong song. 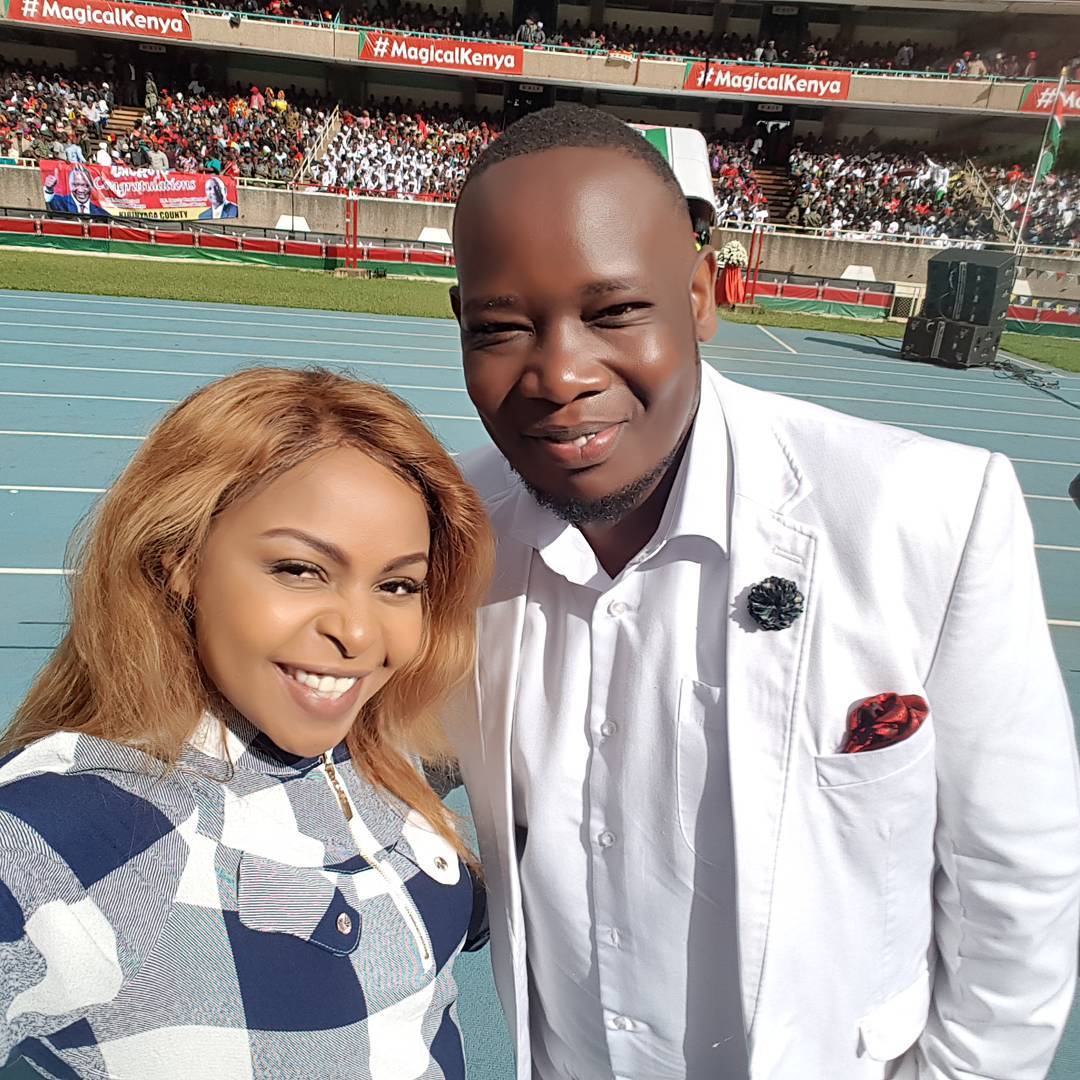 Here are some of the comments from the listeners

Eva Mbugua: You got me bored aki!

Lorna Mwende: Why did they cut you short.

Sharon: She was talking too much and the music was not for the occasion

Mugablue: You need to up your live performance game. Sometimes u come out as irritating.

Taurus: Size 8, your voice was so off guard according to the music that was playing. True the devil is a liar! Thirst and Greed for money! #resist

Gladys Wambugu: You were beautiful, but next time talk less and choose a song in accordance with occasion…. And stop yelling to your audience… #peace

Joyce: Today honestly you were out of context. What song was that for such an occasion?

Juan: @Wafulamelvin97 my problem was the choice of song, in a presidential inauguration, ‘unataka mke mwema’!! Cheiiiii…..

Svaslyda: Good but you were shouting not singing

Kathuremuia:  Actually that “kujienjoy really pissed me off ,before she could even sing a word the Mc cut her off,

Mukuiya: As much as I try to be positive but you really need coaching in performance and not shouting over yourself. Had to change channels

Fayt: Today was your worst. I think you are doing too much mama Wambo.Taking too much jobs,mara you are hosting some show,mara ni pampers.At the end of the day your music suffers.I dont think you rehersed well for todays show which was a NATIONAL event.Remember to the public you are an entertainer and that’s the reason we loved you in the first place

Tags: Size 8 Gets Bashed By Kenyans After Her Performance During Uhuru’s Inauguration
Previous Post

Netizens ‘advise’ KQ boss Joseph on how to die in Kenya

Netizens ‘advise’ KQ boss Joseph on how to die in Kenya