Sh131m in Nakuru not properly remitted to CBK: report 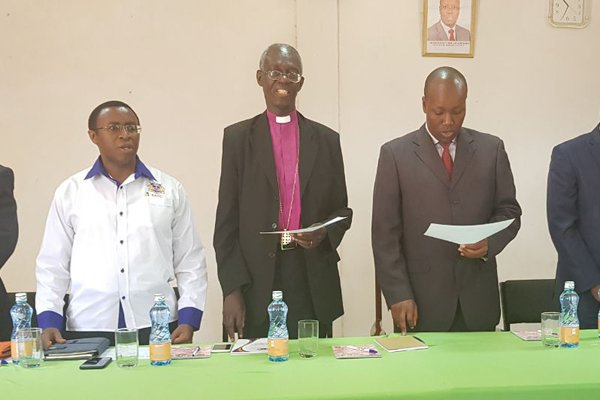 Sh131m in Nakuru not properly remitted to CBK: report

According to the report released on Monday, Sh131 million collected by the former regime was not properly remitted to the Central Bank in the last financial year.

The money was to be remitted to specific Central Bank accounts but it was not dispatched.

The money was part of revenue collected from parking fees, allocation of spaces at Nakuru Town Central Business District, and traders’ charges.

The EACC presented a corruption risk assessment for Nakuru County at the Nakuru Agricultural Training Centre on Monday.

The report further shows that in November 2016, the total wage bill was Sh364 million but in December of the same year the wage bill reduced to Sh295 million resulting in huge difference of Sh70 million, which has never been reconciled to determine the cause of the big variance.

“As EACC we are concerned. Sh70 million is not pocket change. It is a lot of money,” said EACC Deputy CEO Michael Mubea.

The county assembly was also on the spot for flouting the prescribed procurement process and public financial management regulations.

According to the report, the assembly used cash imprest of Sh689 million for the financial year 2016/17 to refurbish the cafeteria.

The assembly did not embrace the vote control procedure and the processing of MCAs’ mortgages and car loans were not undertaken with due diligence.

At the same time 23 MCAs have not surrendered log books as collateral to the car loans granted.

The commission received 371 corruption reports touching on Nakuru County between 2015 and 2017.

The majority were on bribery, procurement irregularities, fraudulent acquisition and disposal of public property, and abuse of office.

Governor Lee Kinyanjui and Speaker Joel Kairo said they would implement the recommendations of the report.

“I will ensure undercover audit systems will be conducted to ensure compliance with best practices,” said Mr Kinyanjui.

Speaker Kairo said the assembly would study the report and act on it according to the law.

Sh131m in Nakuru not properly remitted to CBK: report Reviewed by samrack on February 19, 2018 .