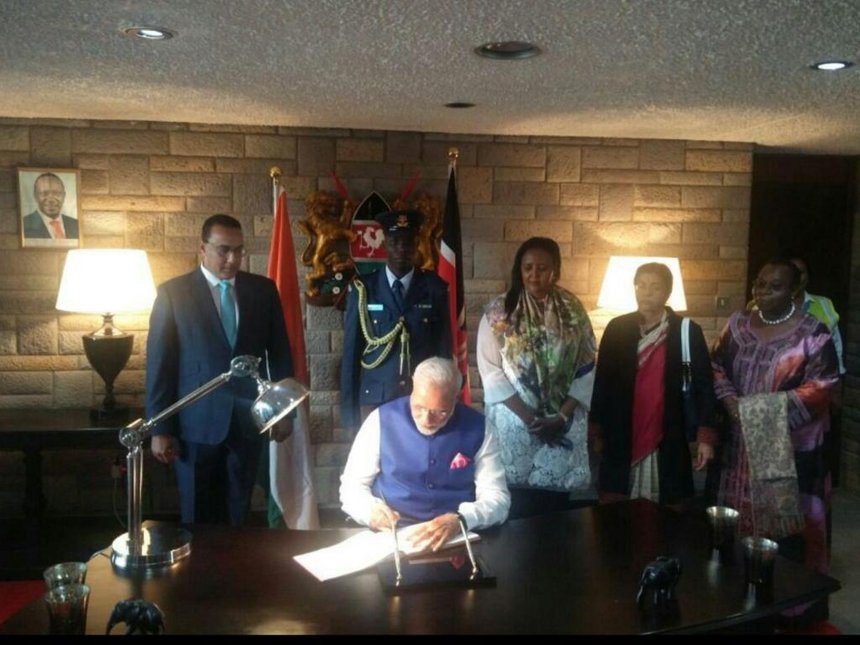 Earlier today, Statehouse spokesman Manoah Esipisu said that formal reception ceremonies will be held Monday morning, including a guard of honour and a 19–gun salute.

“It will be followed by one-on-one talks between the President and his guest, bilateral talks, a media briefing, a Kenya-India business forum; ultimately the Prime Minister will make his way to the airport to depart from our country,” said Esipisu.

Nairobi residents have also been asked to plan their travel accordingly as several roads will be closed temporarily for the visiting PM’s use.