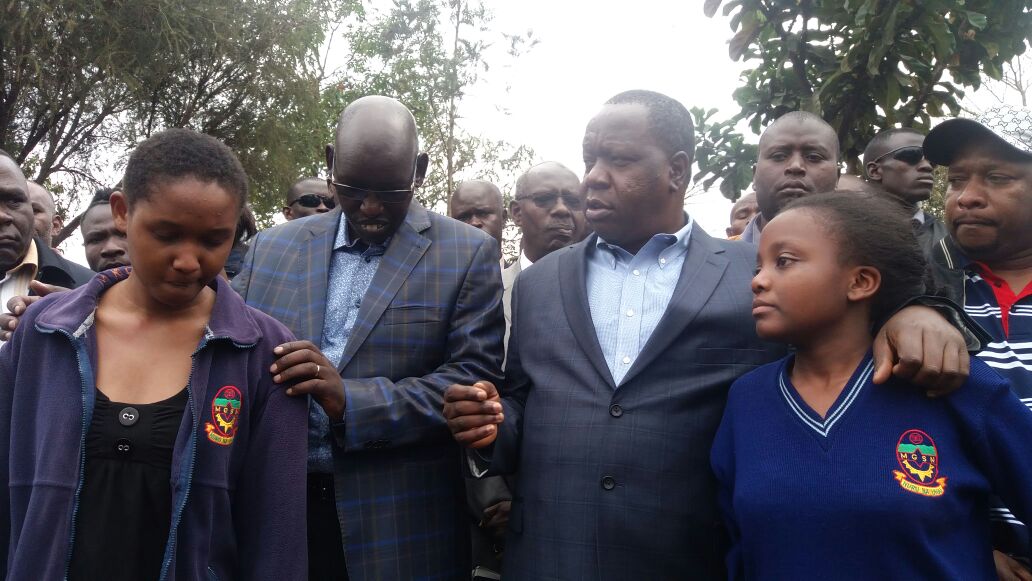 Seven students have died and dozens others injured after a fire burnt down a dormitory at Moi Girls School Nairobi.
Education Cabinet Secretary Fred Matiang’i said 10 other students were injured and are admitted to hospital.

“Out of the 10, two are in critical condition, doctors have told us the other eight are out of danger,” he said.

He said the school has been closed for two weeks as investigations begin on the cause of the fire.

The CS however said Form Four candidates will resume on Friday and will be assisted to settle as they prepare for the Kenya Certificate of Secondary Education examinations.

He said a team of forensic experts, including the government pathologist are at the school to establish the cause of the fire.