Senate in make-or-break debate on election 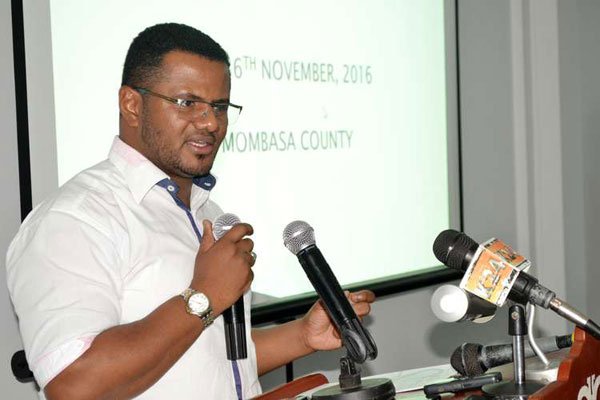 Senate in make-or-break debate on election

Kenya’s political future was last evening hanging on a thin senatorial thread of mediation as the Opposition reached out to the ruling Jubilee coalition in a last-minute bid to broker a deal on contentious amendments to election laws that will be discussed in the Senate on Wednesday.

Well aware that they do not have the numbers to muscle their way in the House, Opposition senators worked behind the scenes to convince their Jubilee colleagues that the most amicable way out of the deadlock would be to reject the amendments passed by the National Assembly last week.

They also suggested the addition of new amendments to the draft law, a scenario that would force the formation of a mediation committee, which by law arises when the National Assembly passes a Bill that is changed or struck down by the Senate.

Should the Opposition have its way and convince Jubilee senators to shelve their partisan interests on Wednesday and tinker with the amended elections law, it will then seek a stronger, equal footing at the mediation table, which will draw members from both Houses appointed by the respective Speakers. The team will have 30 days to come up with a mediated version of the Bill.

“There is a possibility that the Bill will not receive the majority votes and will have to go to a mediation committee, which, I believe, will give us a sensible way forward,” said Mombasa Senator Hassan Omar (Wiper).

Without mediation, the Jubilee-dominated House (25 against Cord’s 22) will most likely pass the Bill, further making the January 4 threats of protests by Cord a stark reality.

Senate Devolution Committee chairman Wilfred Lesan, who is Jubilee-aligned, did not rule out the formation of a committee akin to the 14-member joint select team co-chaired by senators James Orengo and Kiraitu Murungi which came up with the now-disputed laws.

“The Senate is a sober House and I expect it to take a moderate view on the issue of election laws, perhaps even go for mediation,” Prof Lesan (Bomet, URP) said in a text message to the Nation.

Prof Lesan argued that though the issue was tough, “the Senate tends to consider nationhood a prime feature of preservation”.

On Tuesday, the Amos Wako–led Legal Affairs Committee invited the clergy as well as civil and human rights groups before it at 10am on Wednesday. That invitation was the first of a series of steps to ensure that the mediation committee is formed.

Mr Wako’s team will receive the Bill after it is tabled in the House at 10am and any amendments they will propose, if adopted by the House, will automatically result in the formation of a mediation team.

“We know the time is short, but we are bound by law to listen to all the stakeholders,” said Mr Wako (Busia, ODM). “We will do just that.”

Kakamega Senator Boni Khalwale confirmed Cord’s new game plan to scuttle the “ill-advised” amendments, saying “a Bill that was born out of negotiations should only be amended through the same process”.

“It is not even six months since we passed it and it was assented by the President. Why the hurry?” asked Senator Khalwale.

His Makueni counterpart Mutula Kilonzo Jnr sought to allay fears of hostility in the Senate, saying the debate would be conducted with dignity.

“There will be no monkey business or histrionics witnessed in the National Assembly,” he said in a statement. “Members of the press are invited to the sessions as well.”

Senate Majority Leader Kithure Kindiki, who will move the amendments in the House, said that though the issue is divisive, he does not expect the debate to degenerate into chaos as witnessed in the National Assembly last week. “Each side will convince the other through reason and persuasion,” Prof Kindiki (Tharaka-Nithi, TNA) said. “And the Senate will rise to the occasion. When the issue of the IEBC commissioners’ exit turned violent, it is two senators that led the country to reason.”

The contentious amendments which will be discussed in the Senate on Wednesday allow the Independent Electoral and Boundaries Commission (IEBC) to have an “alternative mechanism” for the identification of voters and transmission of election results should the deployed technology fail.

Jubilee argues that this will ensure that no voter is locked out of the ballot if machines malfunction, but Cord has called for street protests on January 4, saying that the amendments to a law they spent weeks negotiating were a scheme by Jubilee “to resurrect dead voters to vote”.

Senate in make-or-break debate on election Reviewed by samrack on December 28, 2016 .

Mombasa Senator Hassan Omar at Whitesands Beach Resort and Spa in Mombasa on November 4, 2016. PHOTO | KEVIN ODIT | NATION MEDIA GROUP Senate in make-or-break debate on election Kenya’s political future was last evening hanging on a thin senatorial thread of mediation as the Opposition reached out to the ruling Jubilee coalition in