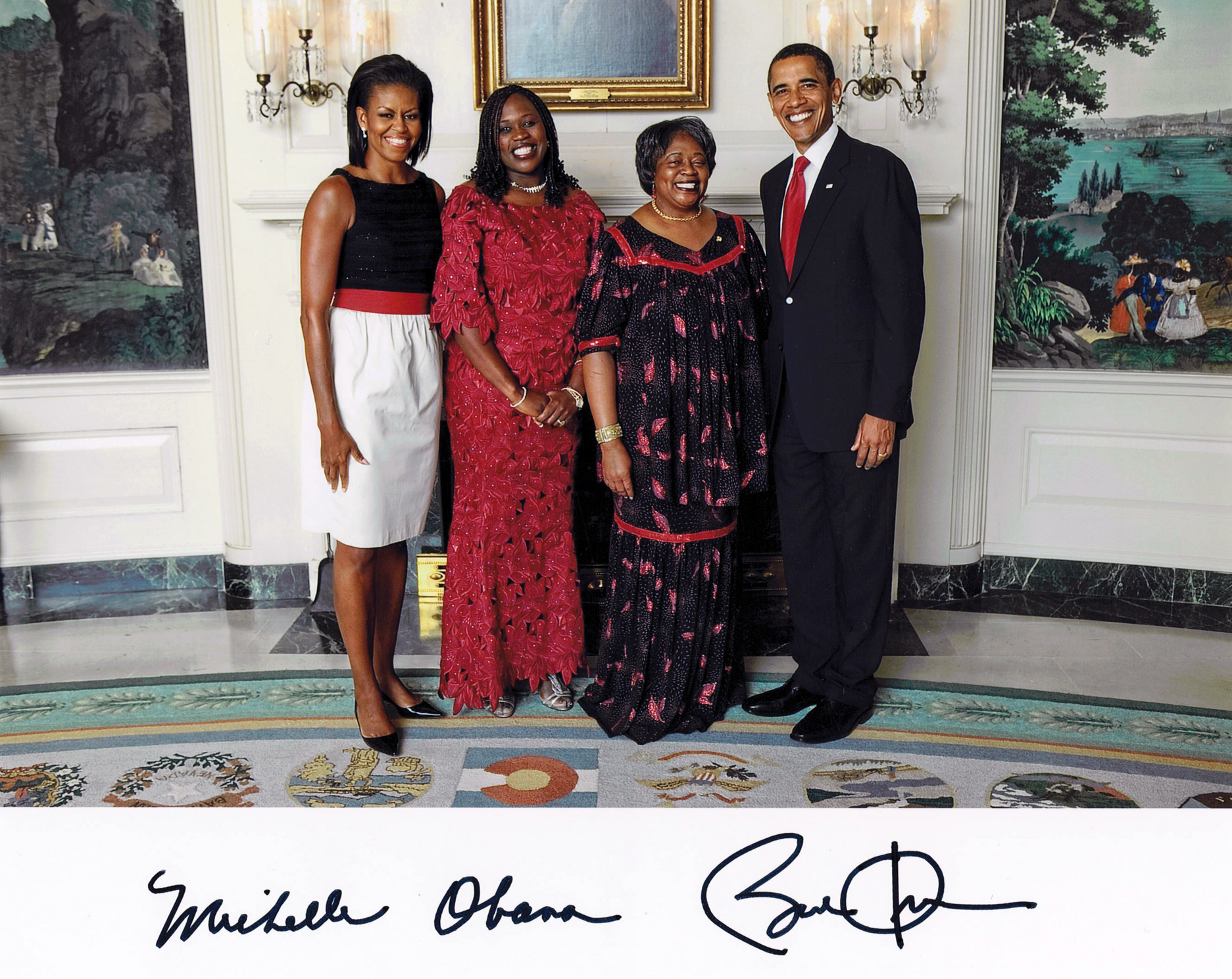 God gives each of us moments that are Unforgettable, Undeniable and Irreplaceable. These are called Destiny Moments.
These moments change your life forever. Its not about your age, gender, race, educational bckground or status in society. Ecclesiastes 9:11 says:
” I returned and saw under the sun, that the race is not to the swift, nor the battle to the strong, neither yet bread to the wise,
nor yet riches to men of understanding, nor yet favor to men of skill, but time and chance happeneth to them all”

I have had many incredible Destiny Moments in my life, but one in particular stands out which changed my life forever.
Throughout 2008 The Lord put a strong burden in my heart to pray for Our Current His Excellency President Barak Obama.
Since I am called to The Ministry of Prayer & Intercession, I prayed day and night for him, his family, his campaign, his team,
and the entire election process. After several months of praying for him, I begun to joke with my friends and say, “I have spent so much time praying for Barak Obama, I need to meet him” !

Everywhere I went to minister I kept on declaring that very soon I would meet Barak Obama. One day The Lord spoke to my heart and said, “You will meet him” I was so taken aback and I said, “Lord, it was a joke.” ! The Lord again said, ” Have Faith, You will meet him.” When he won the elections in November 2008 like many in The USA and all over the world, who had prayed and desired CHANGE, I was overjoyed and ecstatic. History was made in January 2009 when Barak Obama became The First African-American President of The USA

One day in June 2009, My Mum told me that President Obama was hosting a reception for All Ambassadors in Washington D.C. in July and she asked me if I would like to accompany her. You better believe I jumped at the opportunity ! It meant canceling some appointments, rescheduling my busy itinerary, flying from Dallas, TX to Washington, D.C. but I was not going to miss my Destiny Moment ! I purposed to do whatever it takes to see this dream came tro pass.

Well, the day finally came. It was Monday July 27, 2009 I woke up at the crack of dawn, had my early morning time of prayer and caught the first flight out to Washington D.C. You can imagine the excitement and anticipation, I had no appetite that day. I was counting the hours to meet The President of The Greatest Nation on the face of the earth. Mum Ambassador and I got ready, we put on our beautiful African outfits and were ready for our destiny moment.

We were chauffeur driven to The White House and even though there were many security checks, the security were very polite and respectful. We finally got to the area where the reception was being held. We mixed and mingled with the other Ambassadors for about an hour. All the time I was thinking, “When is he going to appear” ! Finally an announcement was made, that he was about to enter the room where we were to come and address us. He finally came and addressed us for a few minutes and then we were told we had to line up nation by nation to greet President and First Lady Michelle Obama.

Its amazing that two powerful, prolific people can be so humble, so powerful and influential, yet so reachable and approachable, so brilliant and outstanding, yet so gracious and hospitable. I learned an invaluable lesson from The President and First Lady that greatness is not about throwing your power and influence around, but its how you carry yourself and how you treat people.

It was A Powerful Destiny Moment I will never forget. I am grateful to God for allowing me the privilege and honor to meet His Excellency President Barak and First Lady Michelle Obama on Monday July 27, 2009.

Each of us are given Destiny Moments in our lifetime . . . don’t miss yours !

Seize Your Destiny Moment Reviewed by samrack on January 2, 2015 .

By Prophetess Mwaka Twagirayesu God gives each of us moments that are Unforgettable, Undeniable and Irreplaceable. These are called Destiny Moments. These moments change your life forever. Its not about your age, gender, race, educational bckground or status in society. Ecclesiastes 9:11 says: ” I returned and saw under the sun, that the race is