Fred Obare – Capturing the sound and rhythm of Worship 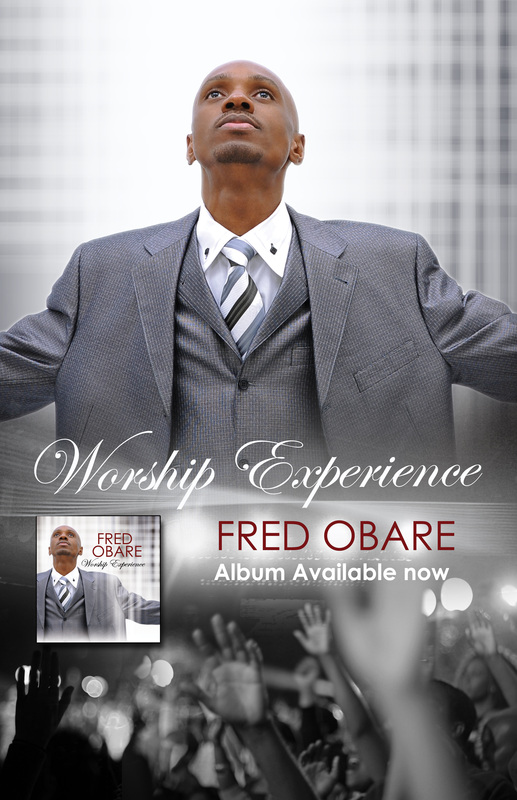 After struggling a lot living a life without hope and a future in the early years of his life, Fred finally found peace in his heart when he accepted the Lord Jesus as his personal Savior in March 1995.  He then joined his local church Tumaini in the slums of Nairobi and later began his musical journey in 1996 as a worship leader in his local church.  A few years later, he joined Youth for Christ and ministered with the team in different cities in Kenya and the United States from 1999 to 2003. He released his first album “Bwana U Mkuu” (Swahili for “Lord you are Great”) in 2004. This CD has the famous Luhya medley and the title track “Bwana U Mkuu.”  Later that year, Fred ministered in the United States and Switzerland with the Continental Singers, an American music ministry based in California.

In 2005, Fred recorded his second album titled “Zaburi 1” (Psalm 1). This CD has the hit celebration song Luo Medley (which has Niwara nono and Wan wadhi ka Yesu) and many other great African praise and worship songs in English, Swahili and Lingala.

In the beginning of 2008, he recorded his third album titled “Nisamehe” (Forgive me). This CD has 13 great songs and consists of 5 different languages; English, Spanish, Swahili, Luo and Lingala. The CD comprises of different styles and genres including Urban Gospel, Old Time Traditional gospel, Contemporary Jazz, Traditional African Praise and Worship as well as Contemporary Praise and Worship.

In September 2008, he released his first DVD titled “African Praise and Dance.” This remarkable DVD features great African celebration songs like “Wan wadhi ka Yesu”, “Itaa yanje Yesu”,  an uplifting worship song “Wewe ni Bwana” and much more. This DVD will not only inspire you but also make you jump to your feet to dance and praise the Lord.  As you watch this DVD, you will experience the splendid passion and energy in this powerful and captivating African Gospel Praise and Dance celebration captured in Kenya, Africa.

On January 18, 2009, Fred recorded his first live Worship concert DVD in Nairobi, Kenya. About 7,000 enthusiastic worshippers gathered together for a time of uninterrupted live Praise and Worship Experience at the Nairobi Pentecostal Church-Valley Road, Nairobi, Kenya and provided the best backdrop for this music celebration. This awesome “live” worship experience will take you into a remarkable journey and for an exhilarating and revolutionary worship adventure. This 2 disc DVD will help you get your praise on, lead you into worship and take you to experience worship in Kenya! Capture the spirit and energy of worship as Fred Obare leads praise and worship accompanied by Kenyan’s music favorites as they express their love for God and present a sacrifice of praise to God and to the nations.

His latest project “WORSHIP EXPERIENCE” was released on August 24th, 2013.

God is using Fred as a worship leader/songwriter/recording artist and producer. He is leading worship in conferences, crusades, revival meetings, camps, youth meetings and church services in the US, Europe, Africa and other parts of the world.  In addition to ministering in praise and worship, Fred also teaches on worship, arranges music, organizes worship missions/outreaches and trains others how to play musical instruments.

He is married to Mercy and together they are blessed with two adorable daughters, Destiny and Favour.

Fred Obare – Capturing the sound and rhythm of Worship Reviewed by samrack on January 2, 2015 .

After struggling a lot living a life without hope and a future in the early years of his life, Fred finally found peace in his heart when he accepted the Lord Jesus as his personal Savior in March 1995.  He then joined his local church Tumaini in the slums of Nairobi and later began his musical journey in