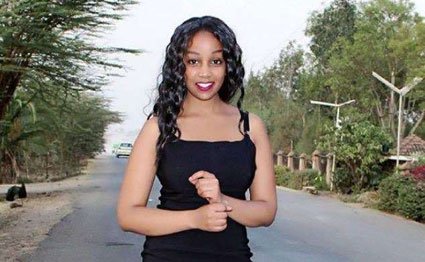 The body of a former Multimedia University student who went missing on December 30, was found at the city mortuary on Monday.

She went missing for two days after returning to Nairobi where she worked for a public relations company.

A relative told the Nation on Monday that Ms Njoki celebrated Christmas at the family home in Jordan estate before heading back to the city on December 27.

“She called mother, Hellen Ngige, to tell her that she had arrived safely at her Ongata Rongai house,” the relative said.

“That is is the last time we heard from Njoki.”

According to the relative, it was uncharacteristic of Ms Njoki to spend many days without talking to family members.

Questions now linger on what might have happened to Ms Njoki, whose colleagues say was last seen on the night of December 30.

“We worked for three days until we broke for the New Year celebrations,” one of Ms Njoki’s work mates told the Nation.

The second born in a family of four graduated with a Bachelor of Applied Communication in 2017 before securing a job in Nairobi.

Ms Njoki’s two brothers and a cousin began searching for her the day her phone went off.

They said they moved from one station to another.

Meanwhile, a Mt Kenya University student was found dead in his hostel room at the main campus in Thika on Sunday morning.

Students and workers told the Nation that Mr Elias Nduku returned to his room after a rugby practice session on Saturday evening.

The body was found by a janitor the following day around 7.30am.

It was later taken to General Kago Funeral Home in Thika.

He said the student’s family and room mates had confirmed that he was epileptic.

Mr Theuri said Mr Nduku was alone at the time of his death.

His room mates had not resumed studies after the Christmas and New Year holidays.

“He was a member of the rugby team and had been practising since last week. After the practice on Saturday, he went to his room where he was found dead in the morning,” the student leader told the Nation.

Mr Theuri said a post mortem would be conducted on Mr Nduku’s body on Tuesday.

“We have been told that he was epileptic and that he was alone at the time of his death. But even with such information, we must conduct investigations,” Mr Karobia told reporters.​

Search for missing graduate ends at city mortuary Reviewed by samrack on January 15, 2019 .

Share thisFacebookTwitterPinterestEmailWhatsAppMultimedia University graduate Susan Njoki. Her body was found in Nairobi’s City Mortuary days after her family reported her disappearance. PHOTO | COURTESY  Search for missing graduate ends at city mortuary The body of a former Multimedia University student who went missing on December 30, was found at the city mortuary on Monday. Susan