Scholar Calestous Juma to be buried in Busia on Saturday 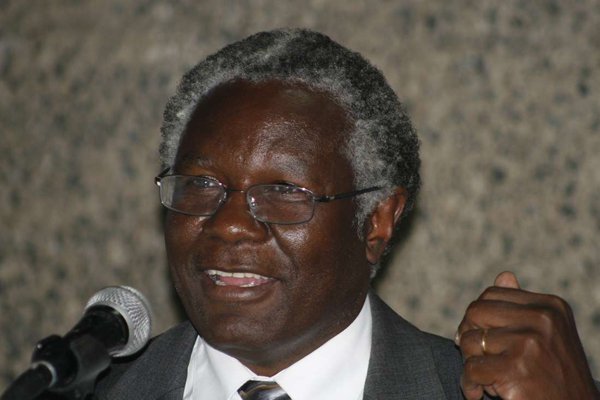 Prof Calestous Juma. The US-based Kenyan scholar died in the US and will be buried on January 6 at his home in Busia County. PHOTO | FILE | NATION MEDIA GROUP

Scholar Calestous Juma to be buried in Busia on Saturday

US-based Kenyan scholar Calestous Juma, who died on December 15 in the US, will be buried on January 6 at his home in Port Victoria, Busia County, the family has announced.

The body of Prof Juma, who at the time of his death was teaching at Harvard University, arrived in the country on Sunday morning from Boston, US, and is currently at the Lee Funeral Home, Nairobi.

The plane carrying the body landed at Jomo Kenyatta International Airport at 6am. The body was received by family and friends, and booked in at the funeral home at 8.15am.

The arrival of the body was a low-key affair at the family’s request.

The chairman of the funeral committee, Aleke Dondo, told the Nation the requiem mass will be held on Thursday at Holy Family Basilica from 2pm.

The body will then be flown to Busia County on Friday for a second requiem mass at St Nicholas Catholic Church in Port Victoria on the same day, and the burial will be held on Saturday.

“We want to wholeheartedly thank the national government and the County Government of Busia for the support they have given to ensure the body returns to Kenya,” Mr Dondo said.

The national government had offset the cost of transporting the body from the US and it has also made arrangements to fly the body to Busia on Friday.

The Professor, who was in June named as one of the most reputable people in the world, died two weeks ago while undergoing treatment in Boston, Massachusetts.

At the time of his death, he was a professor of the Practice of International Development and Director of the Science, Technology, and Globalization Project at the Belfer Center for Science and International Affairs at Harvard Kennedy School.

He has over the years received accolades for being one of the best professors of application of science, technology and innovation to sustainable development.

While condoling with the family, President Uhuru Kenyatta described the late professor as a distinguished scholar and patriot whose dedication to Kenya was visible in his founding of the African Centre for Technology Studies (ACTS) in Nairobi.

The scholar was born in Budalang’i, Busia County, and began his career with a training at Egoji Teacher’s College, becoming a science teacher in Mombasa between 1974 and 1978.

He later joined the Daily Nation as a science and environment journalist where he worked between 1978 and 1979, and proceeded to create a magazine – Ecoforum – before doing his Master’s Degree and PhD at the University of Sussex.

He joined Harvard Kennedy School (HKS) in 1999 as Director of the Science, Technology, and Innovation Project and became Professor of the Practice of International Development in 2002, a position he served in up to the time of his death.

Scholar Calestous Juma to be buried in Busia on Saturday Reviewed by samrack on December 31, 2017 .