Safaricom CEO Bob Collymore in a meeting with Nakuru-based Safaricom attendant Pauline at the Safaricom offices in Nairobi, October 29, 2016. /COURTESY

aricom customer care attendant from Nakuru who on Tuesday went down on her knees to assist a disabled person has been appreciated by CEO Bob Collymore. 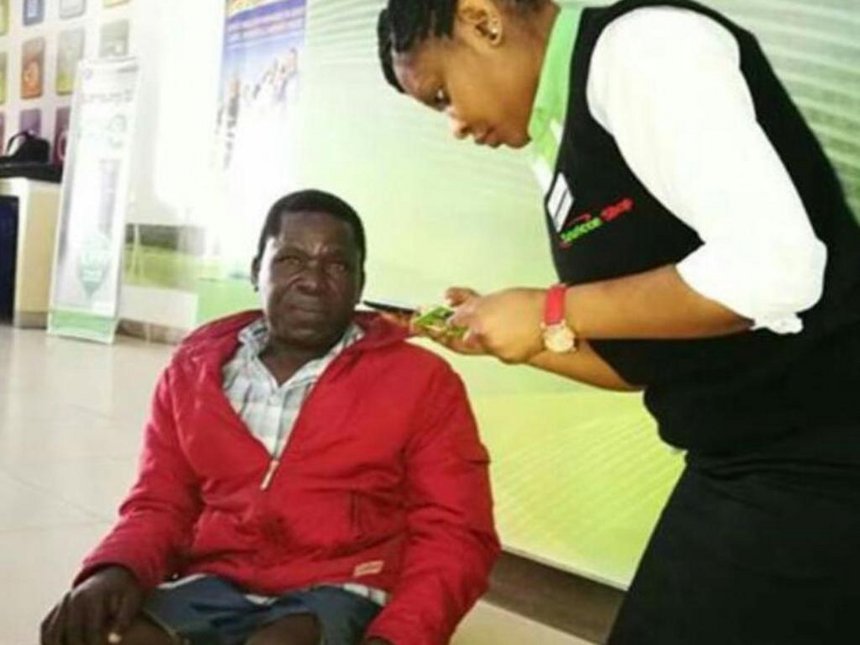 A picture of Safaricom attendant Pauline Shalimo assisting William Kisumo at the Nakuru shop has been doing rounds on social media. /COURTESY

Pauline Shamola’s photo was captured by a passerby has been trending on social media since Tuesday, winning praise and appreciation from many.

In the photo, Pauline is seen kneeling down next to 52-year-old William Kisumo, who had visited the centre to make a purchase.

Ealier in the week, National Council for Persons with Disability Chairman David ole Sangok visited Pauline at the care centre and showered her with a Safaricom branded cake and two NCPWD branded t-shirts. 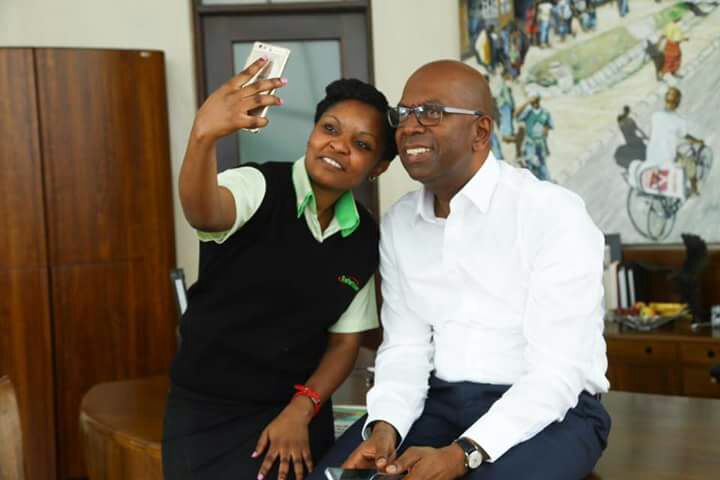 Sangok promised to reward Pauline with a certificate for her exemplary service to a deserving person.

Pauline could not hold back her tears, as Sangok commended her for assisting Kisumo. But she did not address the media.

Kisumo, a father of six and a beggar along Kenyatta Avenue in Nakuru town, lost his lower limbs.

He told journalists that poverty drove him from Tanzania, adding that although he has knowledge in leather work, he has no capital to start a business.