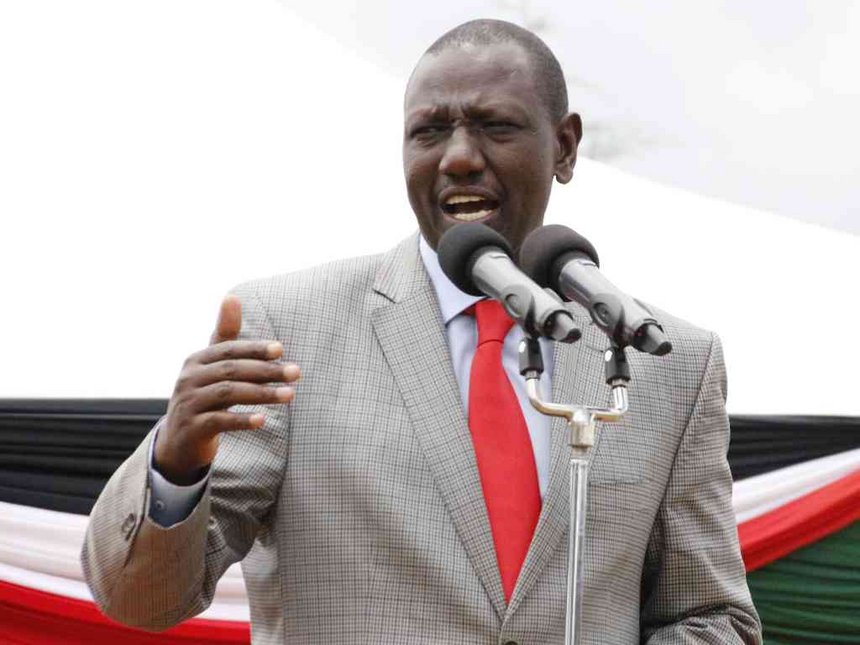 Deputy President William Ruto has kicked off an elaborate strategy to widen his political base amid muted discussions in the populous Mt Kenya region on whether it will back him in 2022.

Among the obstacles he must neutralise is the family of former President Daniel Moi, whose son, Baringo Senator Gideon Moi, has declared his interest to succeed President Uhuru Kenyatta.

The difficult task ahead, but which Ruto has already sized up, was laid bare when another Moi sibling, Rongai MP Raymond Moi, publicly stated that the Kikuyu do not owe Ruto any “debt” in the 2022 race.

Read: Is UhuRuto marriage ending before 2022?

Speaking during his homecoming, Raymond said first President Jomo Kenyatta paved the way for his dad to be Head of State. Moi subsequently paid back by anointing Uhuru Kenyatta in 2002 for the presidency, thus ending the “debt cycle”.

“It is over! Come 2022, the Kikuyus are free agents to choose anyone they want to back, someone who will bring them peace and development, not based on paying back a debt,” Raymond said two weeks ago, in an emotional speech, where he indicated that Gideon was ready to take over.

“And if you can say that now [possible violence], while Uhuru Kenyatta is President – wouldn’t we be asked to ‘fit in an envelope’ when he leaves office?” Ngunjiri protested on his Facebook homepage.

Apparently aware of the lurking danger, Ruto has already rolled up his sleeves with an all-out strategy to ensure Uhuru’s backyard doesn’t shortchange him.

He is also working on a fallback plan — kujipanga, it’s called — by wooing other regions to clutch on to as a contingency.

Rather than trump the calls of those who are aggrieved by the outcome of the last election, Ruto has recently been extending an invitation to work together and wait for 2022.  Toning down his rhetoric is meant to endear him to marginal opposition areas and their leaders.

The clamour by the disgruntled Coast region to register its “own” political party ahead of 2022 seems to be receiving a sympathetic ear, as it portends an opportunity for a pre-election pact with Jubilee in aid of Ruto’s presidential bid.

The fear of “betrayal” has forced the DP to scout for personal friends, loyal politicians as well as influential powerbrokers in Central Kenya to prop up his 2022 presidential bid.

He has lined-up meetings with elected leaders from each of the Central Kenya counties in the next few weeks as part of a wider plan to endear himself directly to the Kikuyu community.

He is set to meet leaders from Murang’a, Kiambu, Kirinyaga and Embu in a round of talks aimed at strengthening his political bargaining powers.

The plan is well scripted: After the meetings, the DP then proceeds to personally launch mega projects funded by the national government in those particular counties, which bear his imprint as he lays the ground for his ambitions.

Last Tuesday, the DP hosted MPs from Nyeri County in Karen to map out the development agenda. Kieni MP Kanini Kega, a close ally of Ruto and who was among the MPs who attended the meeting, told the Star yesterday that the region would work closely with the DP to spur meaningful development.

“We will hold many such meetings soon. For now, we are focussed not on politics but development for our people,” he said.

“It is no secret that the DP has 2022 ambitions. All we are saying is that we want to jell with the development projects for the region and actually across the country,” he said.

National Assembly Majority Whip Benjamin Washiali, a close ally of Ruto, said the DP would reach out to all regions, including Western Kenya, as he seeks to succeed the President.

He spoke of Ruto’s apparent change of personality from an abrasive politician to a man no longer keen on antagonism.

“This is now his real persona, he is very approachable and amiable. But when you push him to the wall, he can react,” said Washiali on Ruto’s newly non-confrontational posture.

Washiali said the DP is keen first on healing the country and uniting Kenyans after a divisive election.

“What he is doing should not be construed to mean he has no trust in Central Kenya. In fact, there are no doubts at all. The DP wants to unite Kenyans first,” said the Mumias East MP.

On Friday, Ruto landed in Nyeri, where he commissioned the construction of two major roads and told residents 2022 politics would only have meaning if the lives of Kenyans became better.

“Days of bad politics are long gone. We should focus our energies on politics of bringing all Kenyans together, irrespective of their tribal and political affiliations. Time for who is where, who is who and who is doing what shouldn’t be there,” Ruto told the residents.

However, a section of Central Kenya leaders led by Nyeri town MP Ngunjiri Wambugu have come out to dismiss Ruto’s succession plans.

“I said that it’s completely irresponsible for us to be discussing 2022 politics this early in Uhuru’s second term. It’s disrespectful to him and negatively affects his work towards securing his legacy,” he posted on his Facebook page on Tuesday, when Ruto met his colleagues.

The MP did not attend the Karen meeting and also snubbed Ruto’s tour of Nyeri.

Ngunjiri posted: “Anyway 2022 is far. But we are watching. As I said yesterday when I spoke. On this 2022 issue watu wakuje pole pole, wakiwa na heshima (people should tread carefully, and with respect).”

Share thisFacebookTwitterPinterestEmailWhatsAppRuto seeks new allies over 2022 fear of ‘betrayal’ Deputy President William Ruto has kicked off an elaborate strategy to widen his political base amid muted discussions in the populous Mt Kenya region on whether it will back him in 2022. Among the obstacles he must neutralise is the family of former President Daniel