A Wesley Homes RN Case Manager goes above and beyond to further her education and career by earning her doctorate! 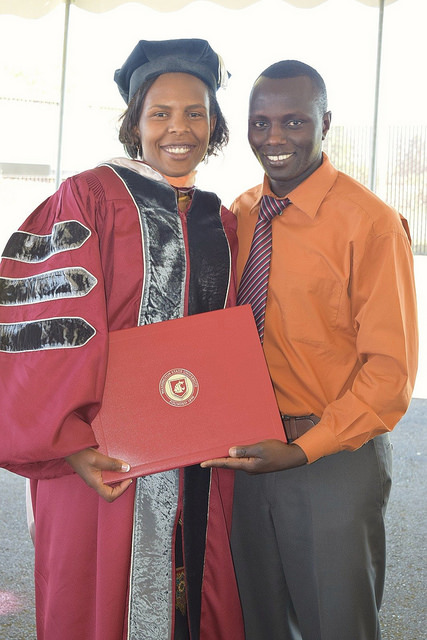 Congratulations to Millicent Mbua, RN, DNP, who recently earned her Doctorate of Nursing Practice. She works as an RN Case Manager for Wesley Homes At Home, the Medicare- and Medicaid-certified division of Wesley Homes Home Health. She has gone above and beyond to help support her family and make the most of her opportunities for education. 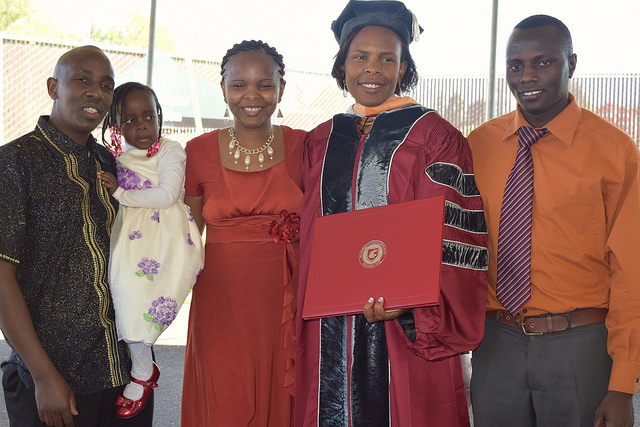 Millicent has been with Wesley Homes for four years and has lived in the U.S. even longer. After emigrating from Kenya to the U.S. in 2004, she worked three jobs in Boston, Massachusetts, to support her family and fund her schooling. In Kenya, schooling is an esteemed privilege, which is why Millicent has continuously made the most of her opportunity to further her education in America. With her schooling, she was able to begin work as a CNA. In 2012, she moved to Washington to marry her husband and became part of the Wesley Homes family. To earn her doctorate, she began working on several projects, one of which was a quality improvement project that ended up reducing hospital readmission rates from 16 percent to 9 percent. She has also helped develop evidence-based care protocols. On May 7, 2016, she received her Doctorate of Nursing Practice with 20 members of her family flying in to see her graduate.

Working and going to school at the same time wasn’t easy, and Millicent experienced several workplaces that didn’t accommodate an employee’s personal goals. At previous jobs, Millicent would often come home from work not wanting to go back. At Wesley Homes, Millicent said her coworkers fully appreciated and supported her goals to continue her education while working. She is especially grateful to Melinda Moore, Executive Director of Wesley Homes Home Health. 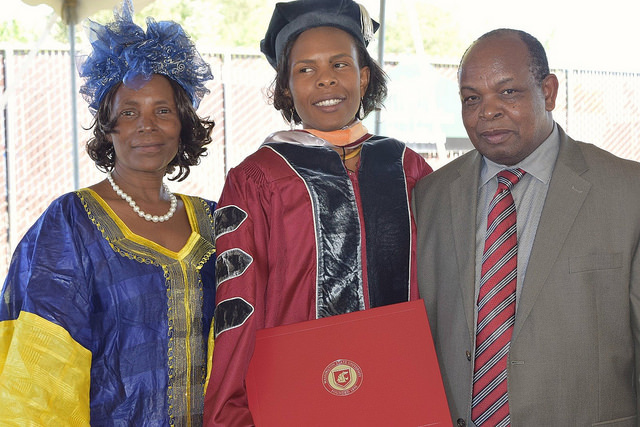 “We want you to be able to come to work, go to school, and get enough sleep,” Melinda told Millicent. That was something none of Millicent’s previous employers had said to her.

Melinda recalled, “She was the first nurse I had hired for Wesley Homes At Home, and I was immediately impressed by her intellect and caring nature. She has a good heart and really listens to her patients.”

The two women have another connection. Millicent’s sister and brother-in-law in Boston had personally given care to Melinda’s parents, which helped give Melinda great peace of mind.

Millicent’s mother, Alice, also works in Wesley Homes Home Health and is very proud of her daughter’s success. Millicent also helps others meet their educational goals through the Kenyan Christian Fellowship in America, an organization that helped her when she first came to the U.S.

Millicent has continuously worked to support her family, pursue her educational opportunities and help others. She is a hard-working, magnanimous caregiver who represents Wesley Homes’ mission and strengthens our community. At Wesley Homes, we’re proud of our staff and celebrate Millicent’s accomplishments. 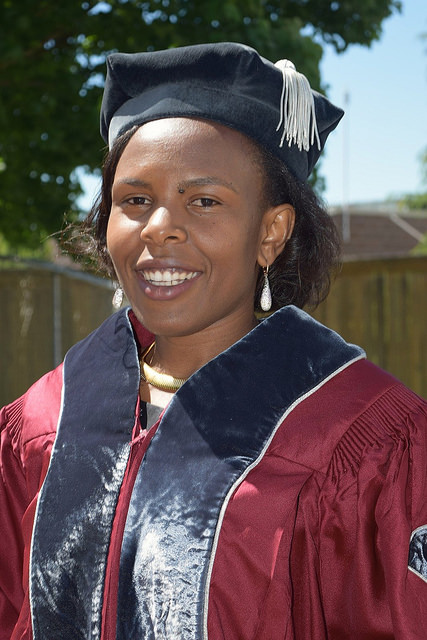 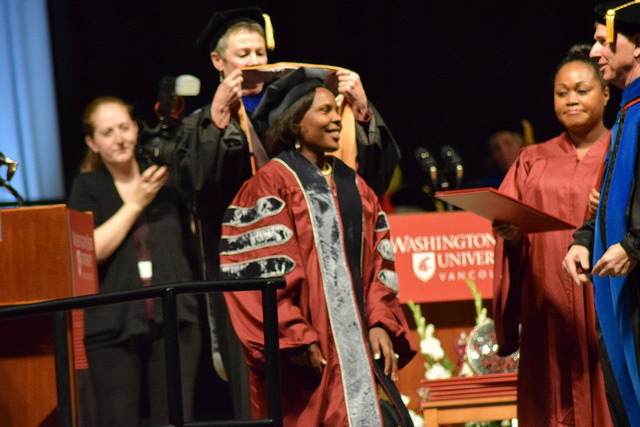 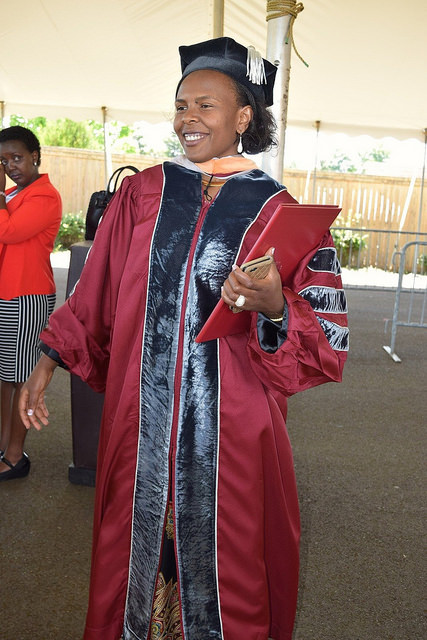 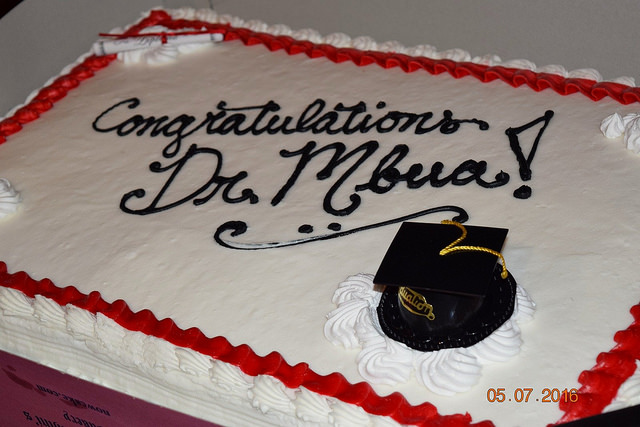 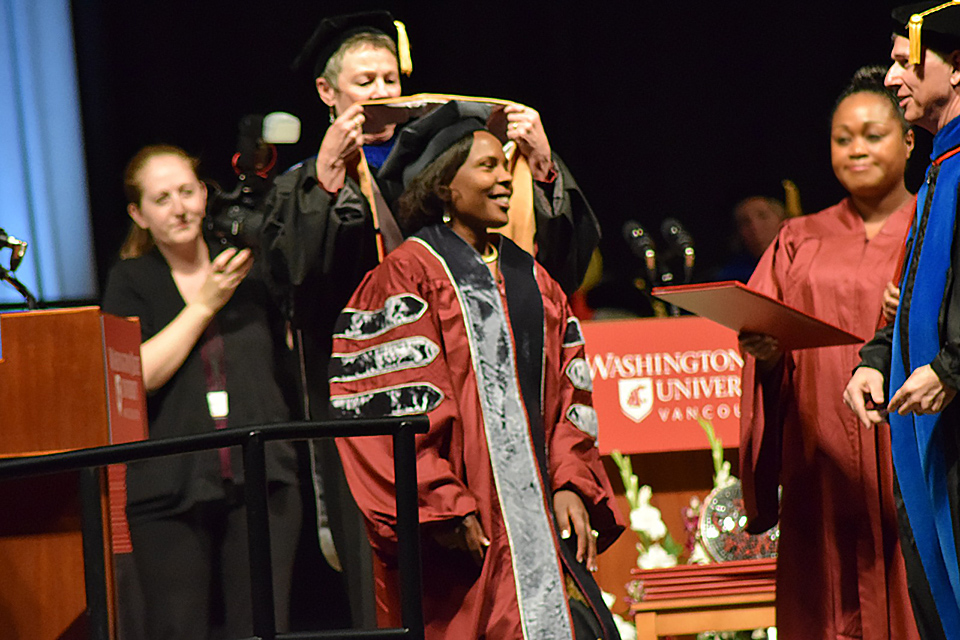