Riverwood distributor who rebounded after sackings 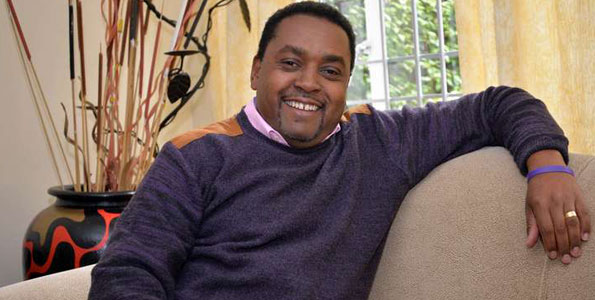 Riverwood distributor who rebounded after sackings

Riverwood used to churn out between 10 to 30 movies a month in downtown Nairobi. Those figures have since dwindled as consumer consumption methods have changed. Now they do a movie a week.

The Riverwood Ensemble Filmmakers Association, the umbrella body, has 250 members. They also have a website for sampling trailers, upcoming productions and a YouTube Channel. They recently started screening Kenyan movies at Planet Media Cinemas.

Mwaniki Mageria owns Balozi Productions, which distributes these movies. He and others are the founding creators of Kalasha Film and TV Awards. He is also a board member at the Kenya Film Commission and treasurer of the Guild of Film Distributors in Kenya and also sits on the Government Creative Economy Taskforce.

He’s a bundle of joy and energy: big laughter, big soul and a loud likeable disposition. We met in my office the morning after his team—France—lost the Euro 2016 final to Portugal.
—————–
Late night, huh?

I don’t drink. My voice sounds like this because of sinuses, they act up when it’s cold. When I was young I played rugby and fractured my nose so the drainage is thin and when it’s cold it gets thinner.

Are you enjoying your life at this moment?

I’m enjoying my life completely. I always enjoy my life. I made up my mind that that’s what I was going to do; to be an encourager of people. I really love people. I enjoy being with people, I enjoy the energy that I get from being with people and I take them as they come, I don’t judge anybody.

What puts you down?

What puts me down, my homa! (Laughs) I really don’t understand when people don’t understand me. They think that I am pretending to be who I am. I am just a happy guy. My dad, a technocrat, told me, “What’s you 10-year plan?” I looked at him and thought, “10 years?! Eh, boss, can we talk about 10 weeks?” (Loud laughter).

Yeah, you know, even two weeks is too far out man! I take pretty much time as it comes. I have an idea of what I want to do and I’d make a plan, but I take a day at a time. That is what God has been teaching me of late, that his mercies are new every morning so that means that every morning he gives you what you need for that day so maximise that day.

The tomorrow will take care of itself. Many times we plan and it doesn’t happen. But if it doesn’t happen, too bad, if it happens, well and good. At the end of the day God is in control and what he wants to give you is what he will give you. I don’t want to preach….

Riverwood distributor who rebounded after sackings Reviewed by samrack on July 17, 2016 .

Riverwood Ensemble secretary general Mwaniki Mageria. PHOTO | SALATON NJAU Riverwood distributor who rebounded after sackings Mwaniki Mageria owns Balozi Productions, which distributes these movies. He and others are the founding creators of Kalasha Film and TV Awards. Riverwood used to churn out between 10 to 30 movies a month in downtown Nairobi. Those figures