Ashok Leyland to set up bus assembly unit in Kenya 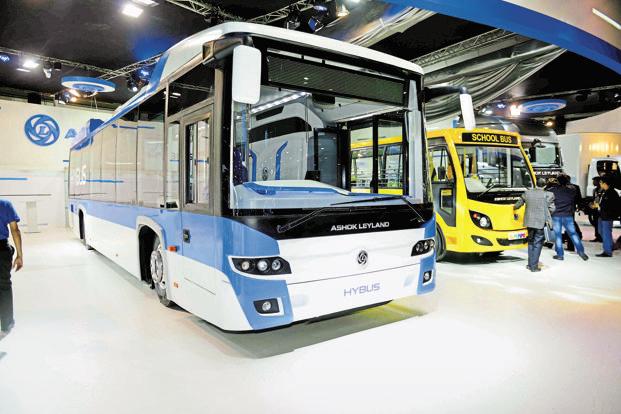 The new plant in Kenya will have an annual capacity of 1,200 buses. Photo: Pradeep Gaur/Mint

Ashok Leyland to set up bus assembly unit in Kenya

New Delhi: Hinduja Group flagship Ashok Leyland will be setting up a bus assembly plant in Kenya with an investment of Rs.70 crore as part of its global expansion plans. The new plant in Kenya will serve at least three neighbouring countries, besides catering to local demand.

“We are setting up a bus assembly plant in Kenya through a wholly-owned subsidiary. This plant will have an annual capacity of 1,200 buses,” Ashok Leyland senior vice-president (Global Buses), T Venkataraman told PTI. He said the setting up of the Kenya plant will begin this quarter itself.

“This plant will also serve as an export hub for three neighbouring countries, besides meeting local demand in Kenya,” he added.

Amid tough global market conditions, the company has been working to enhance its international presence. The company already has a manufacturing facility at Ras Al Khaimah in the UAE, which was set up as a joint venture with the Ras Al Khaimah Investment Authority (RAKIA). The plant has an annual capacity of 2,000 vehicles and caters to demand of the Gulf Co-operation Council (GCC) and African markets from the plant.

Ashok Leyland’s overall commercial vehicles exports, however, have been in decline so far this fiscal, which stood at 2,226 units in April-June, down 34.16% from the year-ago period. Besides conventional buses, Ashok Leyland has been focusing on new technology such as hybrids through its UK arm Optare Plc, in which it holds a 75.1% stake.

Optare operates a range of ‘Low Carbon’, low-floor, mid-sized and modern range of city buses in the UK, Europe and North America, among others.

Ashok Leyland to set up bus assembly unit in Kenya Reviewed by samrack on July 17, 2016 .