Even though savings and credit societies in Kenya have for a long time, been among the leading sources of co-operative credit, this movement was largely absent within the Kenyan diaspora community until recently.

“One of the priorities for many Kenyans living abroad is to invest back home especially in real estate. Even though most of us are successful here in diaspora, we harbour the dream of retiring back home that’s why we each desire to build retirement home back in Kenya,” said Maryanne Kamau-Goetz, the Secretary-General of Kenya North America Diaspora Sacco (K-NADS).

Kamau-Goetz, a founder member of the recently launched K-NADS, a sacco that is strictly for women living in North America and diaspora returnees, says that one of the best things that has happened recently that will spur investments in Kenya is the registration of saccos targeting the diaspora.

“K-NADS started registering members last year and by the time we were holding our first Annual General Meeting in Los Angeles in March, our membership stood at close to 800,” she said.

But, though one of the fast growing Saccos in diaspora, K-NADS is by no means the only sacco that is registered in the diaspora. According to estimates, there are close to ten registered Saccos – three in the US, one in the Middle East and several in Europe.

In 2012, the first diaspora Sacco, the Kenya USA Diaspora Sacco was registered after long and protracted negotiations with the Kenya government, an entity that has always been slow at recognizing and understanding the needs of the Diaspora

“The Kenya USA Sacco was born out of needs and circumstances that Kenyans in the USA encountered including, the inability to borrow locally (Kenya) due to stringent financial and cost prohibitive requirements by banks,” said Mr David Wanjiru, Treasurer, Kenya USA Diaspora Sacco.

Mr Wanjiru says that, apart from unreasonable demands and requirements for borrowing by leading commercial banks in Kenya, members of the diaspora also complained incessantly about the fact that a good number of those who had tried to invest in Kenya had in fact been conned by relatives and friends back home.

“Lack of unreliable means and mechanisms for investing money in Kenya and the limited control and accountability for individual’s investments and monies was also a very big impediment,” he said.

This in fact, is one impediment that Ms Kamau-Goetz understands very well because it’s what led to the birth of their sacco.

“Kenya women in diaspora have various formal and informal organized groups. Many ideas come out of these groups and are either transformed into social, economic, investment, or even non-profit groups. Other ideas die as early as they are formed. In July 2016, one a member came up with a challenge to the Kenyan women in diaspora to start investing together. Seven women took up the challenge and mobilised others to come up with the best way to make this challenge a reality,” she said.

Ms Kamau-Goetz says that the women held conference calls and many lengthy WhatsApp discussions with ladies from many different States including Canada sharing challenges they faced while trying to invest at home. “It was clear that many of us Kenyan Women living in the diaspora faced many similar challenges as we try to invest our hard-earned money in Kenya,” she added.

Ms Kamau-Goetz says that some the challenges the women faced in trying to invest at home were such as purchasing of property and acquiring of loans.

“Most members said that they were having challenges purchasing properties through relatives as they got swindled and lost their hard-earned dollars,” she said.

She added that other members had indicated that even though they held bank accounts with banks in Kenya, they were being denied loans on the pretext that they lacked income or collateral in Kenya despite their being gainfully employment in the US. Ms Kamau-Goetz said that single women, either due to divorce or the death of a spouse particularly faced unique challenges while to invest in Kenya.

She added that there was a big population of unbanked elderly Kenyans women in the diaspora. These are women who have come to help take care of their grandchildren and end up being nannies to the community children. They do not have ways to bank money in the US for instance so they remit it to Kenya through relatives. She says that, many of them have lost their savings through relatives or unscrupulous investors they have entrusted with their monies.

On the other hand, Mr Wanjiru says that since 2012, the USA Diaspora Sacco has taken tremendous strides in supporting members with their development and investment needs in Kenya. “From occasional needs to long-term goals, the Sacco products have been designed to meet their unique needs, promoting their financial well-being, while helping with nation building,” he said.

He says that since then, the sacco has provided the membership with access to various investments including the most recent undertaking – the Fadhili Homes Project located on Kangundo Road, Nairobi.

It comprises 240 home units currently in various construction stages, with 67 already bought by the members. The project has been fully funded by the sacco with a disbursement of Sh90 million. 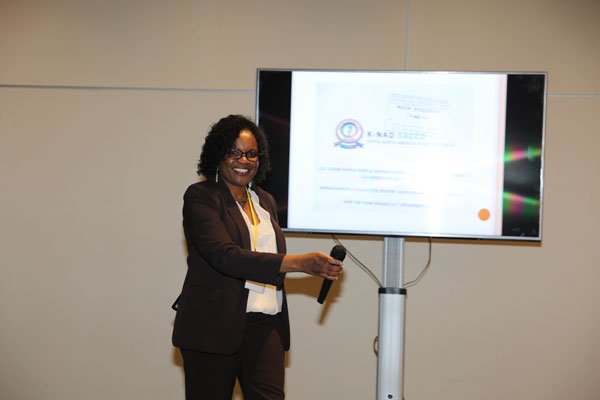 The sacco has an office based in Nairobi that support the membership at large.  In addition, the Sacco provides for electronic online services that assist the members with managing their account finances and investment decisions in Kenya. The Sacco membership currently stands at about 1,500 and has been growing steadily over the course last few years.