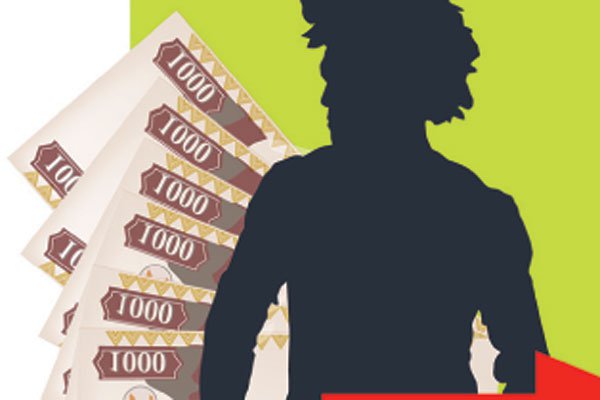 lucky Kenyan has won the Sh221 million Sportpesa mega jackpot, an amount that can finance the construction of the Kenya Sports Academy — as allocated by the National Treasury — and still have Sh21 million change.

The winner, who will be unveiled today in a red-carpet ceremony at the Carnivore Restaurant in Nairobi, won the mega jackpot after correctly predicting all the 17 games.

It is one of the biggest payouts in African history.

With Victor Wanyama earning Sh1 million daily at English Premier League side Tottenham Hotspur, the amount can pay his salary for seven months and 11 days, while it can finance Michael Olunga’s salary at Chinese Super league side Guizhou Hengfeng Zhicheng for 18 months.

Alternatively, he can pay the World Marathon Majors jackpot for two seasons and remain with Sh21 million.

What Kenya’s Mary Keitany earned when she broke the women’s marathon record with victory in London in a new time of 2:17:01 on April 23 is just a fraction of the jackpot.

Yesterday, Sportpesa said the winner placed Sh200 on two mega jackpot picks of Sh100 each and by the time the company called him, he had realised that he had won and was already celebrating.

“The consumer had realised that something monumental was in the offing as soon as the French top flight Ligue 1 clash between Dijon FCO at home to Bordeaux ended 0-0 as they had predicted,” Sportpesa said in a statement.

The winner, having been assured of a big windfall, left home to join his best friend at a joint in the outskirts of Nairobi before the last two games of the week’s jackpot — the North London derby pitting Tottenham Hotspur against Arsenal and the Italian Serie A clash between Inter Milan and Napoli — were played.

“The consumer said he met his friend with whom they bet and as they were discussing what to do with the millions a call came through,” Sportpesa said.

LA LIGA DEAL
Sportpesa CEO Ronald Karauri personally called the winner who was at that time still having a drink with his friend.

“The CEO advised the winner, who was screaming, to end his night out, to which he said, ‘I’m going home right away,’” the statement said.

The announcement of the first-ever mega jackpot winner came only days after Sportpesa marked another milestone when it unveiled its agreement with Spanish top flight, La Liga.

After Sportpesa’s announcement about the Sh221,301,602 win on social media, some Kenyans said the win had encouraged them to venture into sports betting.

Some Twitter users even went ahead to give a breakdown of what the amount can do in Kenya, with some of them predicting how the winner’s life would change.

Quinter Chemei Nimo and Julius Kerich shared the amount after correctly predicting the outcome of 16 out of 17 matches.