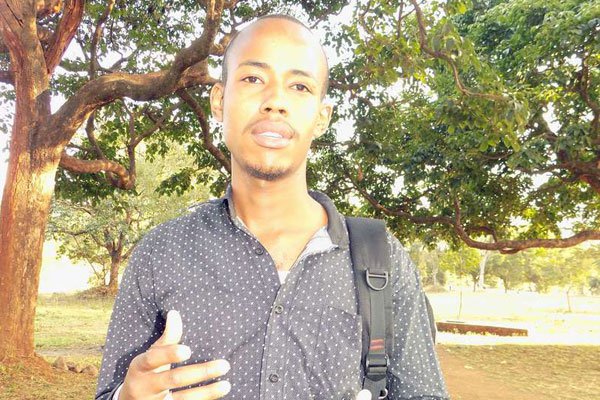 Pancreatitis is an illness that begins with sharp abdominal pains similar to those associated with acidity and ulcers and mostly affects those between the ages of 25 and 35 who drink alcohol.

It was around noon on December 31, 2015. Kingsley Lampat and his friends were making the final arrangements for the partying they were planning for that evening when a searing pain shot from his back to his chest.

“I felt as if I was being stabbed with a knife from inside my body, I could barely stand,” Mr Lampat recalls.

Thinking it was a bad case of acidity, he bought some medicine for ulcers from a nearby chemist.

“After lunch the pain subsided, so my friends and I went out to paint the town red,” he says, flashing a sheepish smile.

For the next one-and-a half days, however, the pain continued intermittently, although not severe.

FAILED TREATMENT
Not unduly worried, he went on with his life as usual, which included drinking a lot of alcohol.

“This time I decided to go to a nearby clinic,” the 26-year-old information technology graduate narrates.

“The doctors assumed it was acidity, so I was given an injection to ease the pain and made to lie down for about an hour to give my body some rest.”

Once again, things went back to normal.

“I went back to the same clinic, believing that this time they would have a lasting solution, but I was given the same injection and told to take bed rest again,” he recalls.

“But the pain did not go away. After two hours, I was injected with a stronger drug, to no avail.

“The pain was so bad that I could not sleep on the bed and my body was so hot that I lay on the floor to try and cool it,” he remembers.

At around 8pm, the doctors at the clinic told him there was nothing more they could do for him and asked him to call a family member.

“I called my mum and my sister, who rushed me to the Aga Khan Hospital,” Mr Lampat says.

“By the time I arrived at the hospital, the pain was so severe that I could barely understand what was happening around me.”

After a series of tests, Mr Lampat was diagnosed with acute pancreatitis and immediately taken to the high dependency unit (HDU).

“After the diagnosis, I was given a dose of morphine, which eased the pain,” he recalls.

“For the first nine days I was not given any solid food. I was fed intravenously, and it was mostly water, to rehydrate and detoxify my body.

“I was given four injections a day: in the morning, afternoon, evening and before bedtime.

“After 11 days in the HDU, I was moved to the general ward and started eating small quantities of food.”

LOSING WEIGHT
The treatment worked and on August 25, he was discharged.

Mr Lampat continued recuperating at home, but his troubles were far from over.

“A few days after I was discharged, I started experiencing another set of symptoms,” he says.

“I would wake up to go to the toilet up to six times in a single night. I was thirsty all the time and craved sugary drinks like soda. I ate a lot but was losing weight at an alarming rate.”

He mentioned this to his father, a diabetic, who advised him to bring it up with the doctor during his weekly check-ups.

When he did, he was diagnosed with diabetes and immediately put on medication.

“That was the worst blow. Fifty per cent of my pancreas had been wasted by the disease, including the part that produces insulin, I now have to give myself insulin shots daily and constantly monitor my blood sugar,” he says.
MISDIAGNOSIS
Dr Daniel Gathege, a surgeon at a leading private hospital in Nairobi, says pancreatitis mostly affects the young, drinking generation.

“The disease is almost always misdiagnosed because the pain one experiences is similar to the stomach pain associated with ulcers. As a result, many people suffering from it are told they have acidity problems,” he explains.

“Pancreatitis is a silent killer. Many people do not even know that the disease exists until they are diagnosed with it,” the doctor adds.

He says it is important to adhere strictly to medical advice once you are diagnosed with the disease adding, “Some people have a less dangerous but chronic pancreatitis, which comes in the form of mild pains that quickly disappear.

“But occasionally, a chronic pancreatitis patient will get a second attack that is acute, which is the worst form of the disease. Most of them do not survive the second attack.”

OPPORTUNISTIC DISEASES
If the disease goes untreated a long time, it leads to complications, among them diabetes.

Since the pancreas produces insulin, if it is affected, a sugar-related disease is likely to crop up, Dr Gathege says.

If the pancreas is affected, other body organs will also be affected.

For instance, the lungs, being a sponge-like tissue, absorbs the fluids released by the blood vessels, leading to breathing problems.

And if the disease affects the kidneys, high blood pressure is likely to follow.

The main cause of pancreatitis in the West and among women is gallstones while in Africa, the main cause is alcohol consumption, Dr Gathege says.

“Pancreatitis is closely associated with alcohol consumption, and mostly with people between the ages of 25 and 35.

“The fact that this is the age bracket when most people go partying places them at high risk. A man of about 35 is in the greatest danger of suffering from pancreatitis,” he says.

REFORMED ALCOHOLIC
Mr Lampat is testimony to this: his daily routine involved drinking from late afternoon to the wee hours of the morning, nursing hangovers and repeating the cycle. But that has since changed.

“At first it was hard to stop drinking but eventually, I got used to doing without booze,” he says.

But is has not been all doom and gloom; being sick has changed Mr Lampat’s perspective of life for the better.

“I spent a lot of time drinking and nursing hangovers but these days I can accomplish many things and achieve the goals I set for myself. It has made me a more responsible person,” he enthuses.

Considering all he has been through, Mr Lampat says: “This is not an experience I would want anyone to go through. Not only is it emotionally tiring, but also financially draining. My family had to spend a lot of money on hospital bills and the subsequent check-ups.”

ANYONE AT RISK
The best prevention against pancreatitis is a hard for young people to adhere to, Dr Gathege says.

“We usually don’t encourage the youth to minimise their drinking; we encourage them to stop drinking completely. Many people assume that spirits and hard liquor are what bring about the disease but that is not true.

“The quantity or quality of drink you take does not matter. The disease is unpredictable and can strike anyone at any time,” he says.

Dr Gathege says there’s a need for the relevant government agencies to create awareness about the disease, adding that not much research has been done on it locally.

“Many Kenyans are ignorant of this disease yet the reality is that it is killing many young people. Many are not even aware that they have it.

“That is why you hear cases of friends who went to a bar and one of them complained of a sudden pain and died within an hour,” Dr Gathege laments.

“The mortality rate of pancreatitis is up to 40 per cent, meaning that if you get an attack, you have a 60 per cent chance of survival. That is how serious it is,” he says.

Beware of searing pain in your belly Reviewed by samrack on May 2, 2017 .

Share thisFacebookTwitterPinterestEmailWhatsAppKingsley Lampat was diagnosed with acute pancreatitis. PHOTO | JULIE AMBANI   Beware of searing pain in your belly Pancreatitis is an illness that begins with sharp abdominal pains similar to those associated with acidity and ulcers and mostly affects those between the ages of 25 and 35 who drink alcohol. It was around