Former Kenyan Ambassador to the US Elkanah Odembo, The First Lady and Bishop Joshua Wambua (K.D.A.C.N.E) recieve a Certificate of Honor on Behalf of The Kenyan Community by Massachusetts Governor, Deval Patrick. Presented By his office Representative.

Sunday December 12th 2010 in Boston was celebrated  with fresh and renewed memories of the cause that many Kenyans fought and died for in their quest for an independent State.

These memories came alive as hundreds of Kenyans and many friends of Kenya gathered to honor and celebrate those men and women that put their lives in danger to fight for freedom 52 years ago,
The colorful,productive event was organized by the Diaspora Advisory Council of  New England under the Chairmanship of Bishop Joshua K Wambua and many other regional Church & Community leaders from New England.

In a well organized and coordinated event at the University of Massachusetts Student Center in Boston, Kenyans of every walk of life, tribe, gender and age danced to patriotic Swahili songs played live by the popular St. Stephens Church live band from Lowell.

It was evident that these tunes gave them powerful memories of what many Kenyan in Diaspora  have missed living away from Kenya.

It was also a new beginning for the young and restless ever-growing population of Kenyan-Americans who have little or no attachment to the memories and the excitement that is shared and beheld by the older generation of Kenyans living in the U.S.A.

They were not only entertained by different speakers who sort to revive the spirits of prominent patriotic Kenyans who were instrumental to the struggle for freedom, but they also sang songs that were written long before many were born.

The mood was jubilant and sparks of patriotism filled the Umass University hall that was packed beyond capacity.

He encouraged Kenyans to be more active in matters of Community Development that would help improve the counties 47 represented in the celebrations.

Saying that U.S 10 dollars could amount to a large sum of money if pulled into a fund that would help buy desks for local schools, the US Ambassador Mr.E.Odembo challenged the leaders to rally the Diaspora community abroad to  progressive agendas back home.

He promised that his office at the hill would be ready to work on such issues in a transparent manner and assured people that such money would be used appropriately to the last cent. In another development, Hon.E.Odembo said that the Kenyan government appreciates the contributions made by the Kenyans in the Diaspora to sustain the economy.

He said,”You are the single largest contributor to the country’s development agenda through remittances and the face of Kenya in enhancing relations with the host countries. We as Government will continue to engage with you,”

The Government is developing instruments of engagement to bolster relationship with the Kenyan Diaspora to enable them invest in key projects in the country,

These contributions have now exceeded the revenues earned from Tourism, which was once the pillar of the Kenyan economy.

He said that his office would be willing to help many people who have in the past found themselves victims as a result of scams if they have concrete information on such matters. Saying that the new constitution was the best thing for Kenya, he encouraged people to read it and understand it fully.

He was optimistic that parliament would move fast to fully implement the new constitution so that Kenyans can enjoy the fruits of their long struggle. It was a long evening, yet people were full of hope for a brighter and a more prosperous nation. 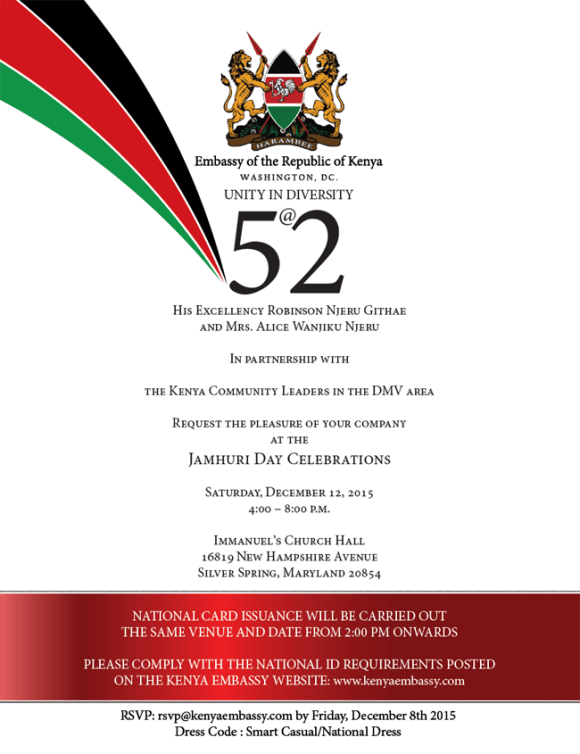