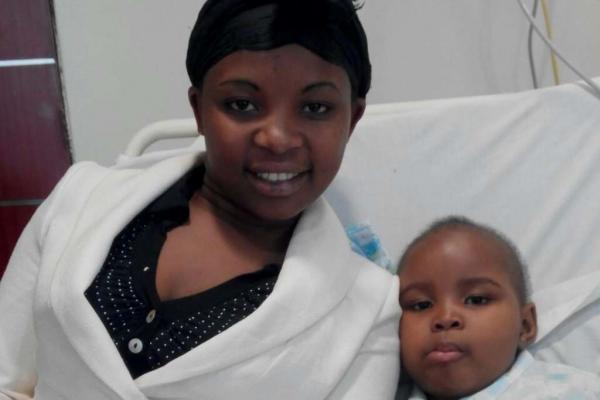 Princess Nyambura at her hospital bed in Artemis in India. She has been deported back to Kenya because the family could not afford treatment in India.

A four-year-old Kenyan girl with acute leukemia has been deported from India without treatment because her family could not raise enough money for her treatment.

Princess Josephine Nyambura’s life is now in danger because doctors had given her only a 25 – 30 per cent chance of cure.

She is fighting an aggressive form of acute lymphocytic leukemia, a cancer of blood and the bone marrow.

Princess was flown to India in October for urgent chemotherapy followed by bone marrow transplant at Artemis Hospital in New Delhi. 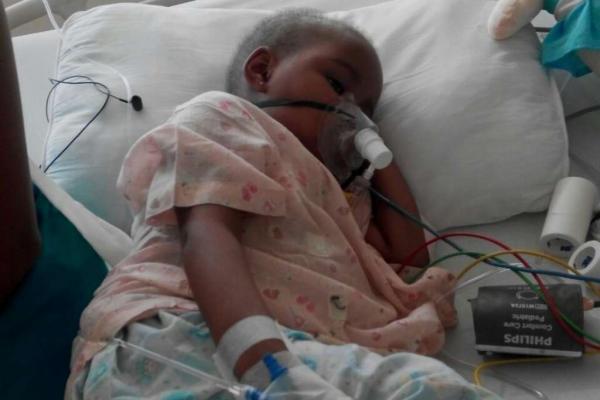 The hospital last week recommended her deportation after the chemo because the family could only raise Sh130,000 out of the Sh5 million required.

The hospital is also demanding Sh700,000 for the treatment she had already received.

Her distressed father, Julius Macharia, received his wife Caroline Mukiri and the sick daughter at the JKIA on Friday. He was accompanied by a few weary friends who have been supporting the family.

“We have the outstanding hospital bill to pay. But I still hope we can raise enough money for her to go back,” Macharia told the Star.

The family and wellwishers have already spent nearly Sh4 million on different treatment regimes since Princess was diagnosed with leukemia at Kenyatta National Hospital in September last year.

Dr Peter Maturi, a consultant haematologist, said local doctors had run out of options and advised the family to seek the life-saving bone marrow transplant in India. “She requires further treatment, which is not available locally,” he said last year.

The family secured paybill number 563 596, where donors can still enter their own national ID number as the account number. Those donating through the bank can deposit funds to account number 0710164375127, name Princess Josephine Medical Fund, at Equity Bank Githurai 45 Branch.

Macharia says his daughter still has a strong will to live. “One day on phone, she told me not to worry. She told me, ‘Daddy, sitakufa (Daddy, I will not die)’. These words have kept me going,” Macharia says.

Leukaemia is the second most common cancer among children, according to health records. Only one in 10 children survive cancer in Kenya, compared to seven in 10 in the developed countries.

Little girl with cancer deported from India Reviewed by samrack on December 7, 2015 .