‘Raising children with my ex’ 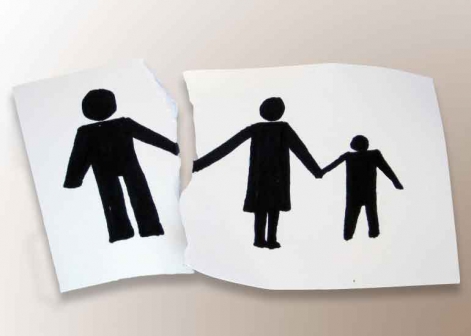 What he and his wife, Anna have is a gentleman’s agreement, where we agreed to take care of the children. He also assists his wife to pay rent by contributing half the required amount.

‘Raising children with my ex’

By Munde Okuna
When Patrick’s marriage ended, the 40-year-old advocate nearly lost his mind.“How could she leave me and our three year old son?” he wondered when his wife of six years disappeared. They had had their share of hiccups but this time he could tell there was no turning back.Left with the burden of raising his son alone, he was shocked when his wife appeared nine months later with court papers accusing him of being bad-tempered, argumentative, and uncooperative.When a marriage ends, kids suffer the most. In many cases the children are left with their mothers, especially if they are of tender age. And depending on how bad the separation was, both parents decide to stay away from each other, denying the kids the love of one parent.

Patrick was only too familiar with the long and ugly process of fighting for the custody of the child and he opted to have his ex keep their son as long as he was granted visitation rights every weekend.

“As a general rule, the court usually assumes a minor is best in the mother’s care unless the court can prove she is an irresponsible parent. Irresponsibility could range from drunkenness to abandoning the minor to the house-help,” explains the advocate.

“When the court is making a ruling on which parent should have the child, the bottom-line is the best interest of the child,” he further explains. The court required him to take care of his son’s medical insurance and education until university. His ex-wife takes care of the house rent and the day-to-day running expenses in the house.

Patrick was allowed to see his son during week-ends and school holidays. This has worked well for him and he has a good relationship with his 14-year-old son who spends all his school holidays at his dad’s house.

“The court grants visitation rights depending on the circumstances surrounding the child. If the child is in school, the option is for the non-custodial parent to access the child during weekends or holidays,” Patrick
explains.

Unfortunately, what he feels was betrayal from his wife left him a bitter man leading him to file for divorce. As far as he was concerned, any discussions about their son were done strictly on phone or via email.

“I ensured I paid his school fees and any other obligations in advance to preempt any communication with my ex wife,” says Patrick. It was not after I remarried and my wife, Thandiwe talked me into getting rid of my bitterness for the sake of my son. Patrick explains that remarriage of either partner has nothing to with co-parenting of the children.

“The only time the court intervenes is where the new spouse is interfering with the co-parenting of the minor,” he says.

“Children can sense when their parents are fighting and boys, especially can turn against their dads,” Patrick told Eve Woman.

Not ready to be rejected by his son or watch him grow up with daddy issues, Patrick agreed on having a civil relationship with his ex wife.

However, he believes co-parenting is still achievable without having to keep meeting your former partner. Patrick continues to honour his part of the bargain. He explains that in instances where promises to meet their obligations are broken, especially financially, the court can intervene.

“The court can attach the party’s salary or demand they reveal their source of income. The court is within its rights to make a decision to enforce its orders,” he says. “The most important person in the equation is the child and both of you should put aside your egos and focus on him.”

Patrick ensures his son, now 14, does not sense any hostility between his parents. Father and son have a good relationship and they even climbed Mt Kenya before his circumcision.

Incidentally, his wife and ex-wife get along fine. Patrick has, however, made it clear to Thandiwe that he does not want to know what they discuss.

Joe, a parent to four children aged 20, 18, nine and four on the other hand, is a happy-go-lucky parent.

He came back to Kenya about a year ago after living overseas for 12 years. Now separated, he co-parents the youngest two by providing for them financially, by paying for any extra curriculum activities like camping, in school and providing for their upkeep.

Joe says that the financial burden for the two minors is manageable since they live in the United States with their mum, where he explains school is free up to end of high school. “The children are picked by the school bus and dropped off in the evening. Their meals at school are also free,” he says.

He is not legally divorced from his wife though he told her she could move on with her life when he left the US for Kenya. What he and his wife, Anna have is a gentleman’s agreement, where we agreed to take care of the children. He also assists his wife to pay rent by contributing half the required amount.

However, he confesses it was quite challenging in the beginning, especially after their separation. “My wife would not allow me to talk to the younger children on phone.”

With time they learned to resolve their personal issues and focus on their children. They have managed to overcome the initial animosity and Anna is agreeable with updating Joe on all the ongoing activities concerning the kids.

He says the older two, being young adults are staying on their own and rarely ask him for money. “However, I left my first-born daughter, Natasha, in charge of my pension. She is a responsible girl and I entrusted her to take care of any needs that her younger siblings may have,” says Joe.

He confesses that his elder son had a drinking problem and even crashed his car before crashing his mum’s. “I video call him every day after he leaves work. I advise him as a dad and I’m glad he listens to me.”

Joe is happy that his son’s drinking has reduced and he enjoys a good relationship with him.

“My daughter and the other younger children have less drama and we also have a good relationship with them,” he says, and adds that parenting with an estranged spouse is not a walk in the park but it’s workable once the two grown-ups put their egos aside.

Share thisFacebookTwitterPinterestEmailWhatsAppWhat he and his wife, Anna have is a gentleman’s agreement, where we agreed to take care of the children. He also assists his wife to pay rent by contributing half the required amount. ‘Raising children with my ex’ By Munde Okuna When Patrick’s marriage ended, the 40-year-old advocate nearly lost his mind.“How could she