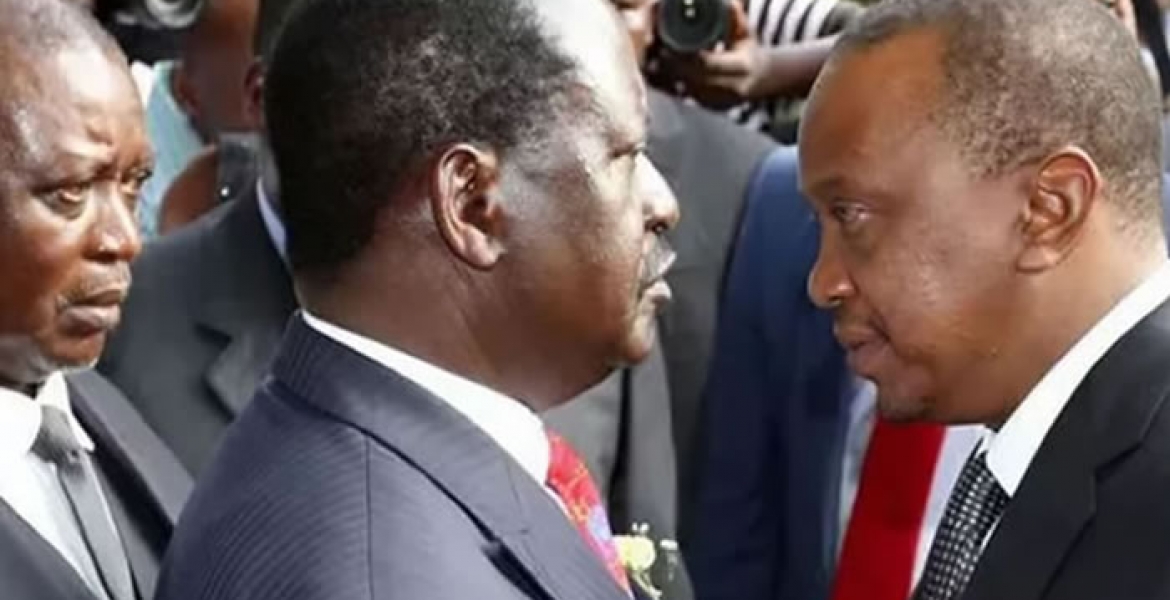 If the election was to be conducted today, President Uhuru Kenyatta would still trounce National Super Alliance (NASA) presidential candidate Raila Odinga, but a run-off would be inevitable.

In a new opinion by the Star, Jubilee’s Uhuru Kenyatta would bag 48 percent of the total votes cast while his closest rival, Raila Odinga would manage 39 percent.

A similar poll conducted in May this year placed Uhuru at 49 percent, while Raila was at 40 percent.

The percentage of undecided voters’ increased by two per cent from 10 per cent in May, to 12 per cent in June.

59 percent of those interviewed said they would vote for President Uhuru owing to his development record, while 15 percent preferred Raila’s development agenda.

33 percent of the respondents have confidence that the Independent Electoral and Boundaries Commission will conduct a free, fair and credible election, while 7 percent do not trust the Electoral Commission.

The poll indicates that both Uhuru and Raila have made significant inroads in each other’s strongholds.

While Raila has infiltrated Bomet and Meru counties, which religiously voted for President Uhuru in the 2013 contest, scoring 20 percent and 32 percent, respectively, President Uhuru on the other hand, has eaten into the opposition’s traditional vote basket of Bungoma, Kitui, Kilifi, Busia and Machakos, scoring significant percentage compared to what he got in the 2013 general elections.

The poll by the Star was conducted in 28 counties picked from the former seven provinces and was done through Computer Aided Telephone Interview where 3,430 respondents over 18 years old were interviewed. The poll has a 1.7 percent margin of error and a 95 percent confidence level.