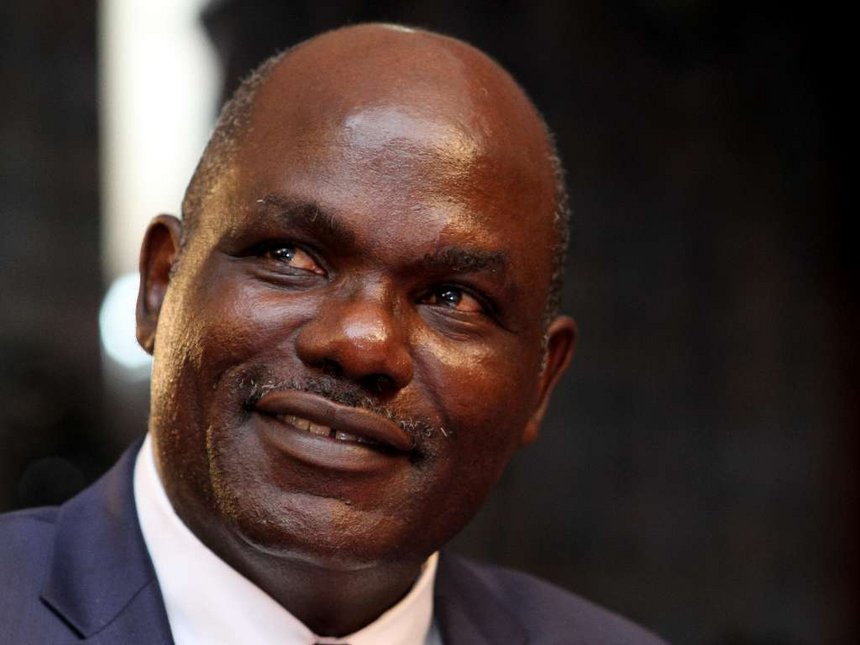 IEBC chairman Wafula Chebukati during the release of the Audit of Register report in Nairobi, June 9,2017. PHOTO/ENOS TECHE.

The rhetoric on the procurement of ballot material is dangerous, IEBC chairman Wafula Chebukati has said, following criticism by NASA principal Raila Odinga.

Chebukati spoke on Wednesday, a day after Raila accused top Jubilee leaders of having a hand in the awarding of a ballot papers tender to Al Ghurair Printing.

Raila said on Tuesday that information they have indicates the firm has had contracts with senior Jubilee officials for at least three years.

But Chebukati said the narrative was “dangerously derailing” them from fulfilling their constitutional obligation on the elections.

“IEBC undertook due diligence which confirmed the firm is qualified to undertake the printing of ballot papers,” he said.

Chebukati further said the commission engaged the political stakeholders before making the decision.

“In particular, on May 24, the commission held meetings with Jubilee Party and NASA coalitions. We took into consideration their concerns and explored several options to address them,” he said.

Noting this is a critical phase in the electoral process, the chairman said preparation of ballot material through Al Ghurair was still on course.

“We wish to assure that every decision we make is for the good of the country,” he said.

He announced that the commission resolved to invite stakeholders to accompany and monitor the production of the ballot papers.

The stakeholder monitoring delegation will comprise a representative of each of the eight presidential candidates and one from the civil society.

Others are three representatives from the media, one from the Inter-religious Council and another from the Kenya Bureau of Standards.

“They will be required to witness and confirm in writing, the completion of several key production points,” the electoral agency boss said.

At the completion of production, Chebukati said, the monitoring delegation will also verify in writing that the desired quantity of ballot papers was printed, stitched and packaged into pallets.

“…the monitoring delegation will witness the destruction of test-run prints during calibration and the handover of the pallets to the cargo agent by Al Ghurair,” he added.

An exclusive report by The Star indicated the prominent Al Ghurair family of Dubai hosted President Uhuru Kenyatta at the famous Burj Al Khalifa in Dubai before a Sh2.5 billion tender to print IEBC ballot papers was awarded to Al Ghurair Printing & Publishing.

The Star established that during his visit to Dubai in February 2016, the President was introduced to the Al Ghurair family that won the controversial tender.

Chairman Majid Al Ghurair again led a delegation from the Dubai Chamber of Commerce to Nairobi in October last year and was hosted by the President at State House, Nairobi. A picture from the State House meeting was published at the chamber’s website, www.dubaichamber.com.

The IEBC tender has caused political tensions and is threatening to poison the atmosphere ahead of the August 8 polls.