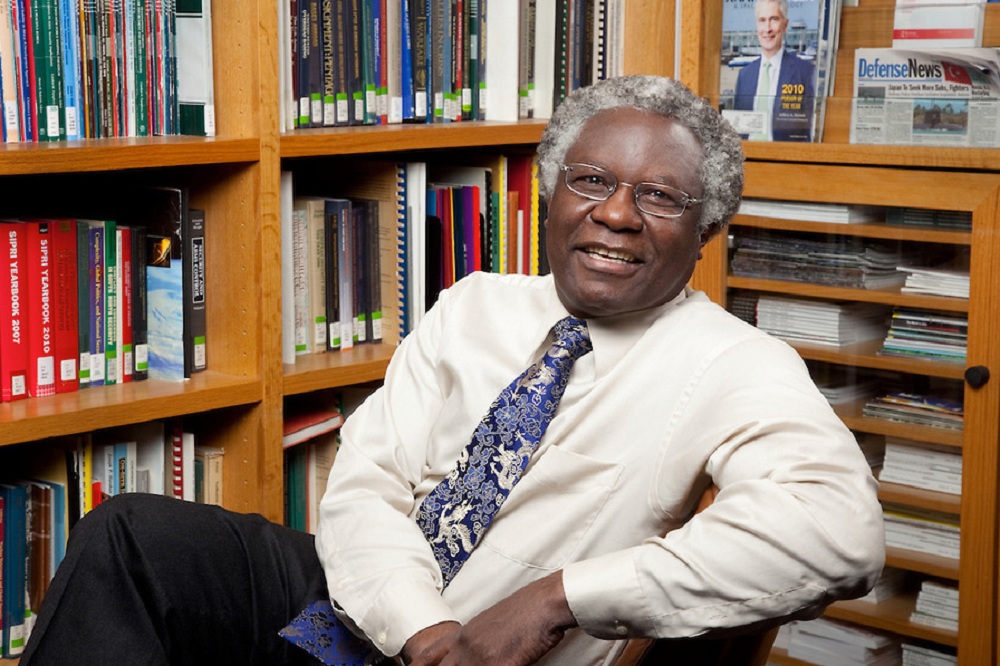 Prof Calestous Juma passed away recently. He was a famous man and author, more outside Kenya than within. He was revered across Africa, in agriculture, research, and diaspora circles and on the internet, where he was a prolific writer and debater on Twitterwith 114,000 followers who shared 161,000 tweets on subjects like Africana, culture, technology, academia, jobs, energy and coffee.

His passing also sparked some debate in Kenya about his apparent lack of recognition. That famous as he was and a professor at Harvard, he never got a state commendation and even another discussion on whether he would have been so revered internationally if he had lived and worked in Kenyaat a local university. The consensus was that brilliant as he was, sadly, he would probably have been frustrated, denied funding, promotions, and freedom to research and work.

I met him back in 2009 in Nairobi, when he gave a talk at Aly Khan Satchu’s Mindspeak series on July 17 at the Nu Metro Westgate and we exchanged a few emails after. His lecture that day, eight years ago, was on his thoughts on events happening at the time, and his thoughts for the future, and what Kenyans and Africans could do to be part of the modern world’s sixth innovation wave that would involve elements like renewable energy, nanotechnology, and fibre.

He said that Africa had largely missed out on the first five, which began with the first one from 1785-1845, driven by water power, mechanisation and textile industries. Prof Juma argued that Africa had to move away from the polluting technologies of the past that were environmentally unsustainable and on to green technologies

He was an advocate and ambassador for genetically modified (GMO) foods for years and argued that this was one way Africa could make a leap in food security for a growing population – through drought-resistant GMO seeds on which farmers would not need to use pesticides and fertilizers, and modern agricultural practices.

In his talks, he praised the president of Malawi for charting a new path for his country, by doubling up as his country’s minister for agriculture and shifting food subsidies from consumers to farmers. These moves resulted in surplus harvests and in food security within a short time into his presidency.

Prof Juma’s talk was at the time of the arrival of the first undersea cable in East Africa, which would quadruple internet speeds at a time when software and hardware costs were heading to cost a tenth of what they were a decade before. The prevailing African model for undersea cable was the West African SAT3 one, whose business model had seen internet access priced expensively and the bandwidth underutilised.

He argued that the model for East Africa should be a cheaper one that would enable free bandwidth to universities so they would digitise their records and for their lecturers to teach the diaspora right from Nairobi. One that would have an affordable internet to grow a local animation industry and specialized medical diagnosis and treatment to be done by doctors over the internet to reach patients in far rural areas.

The subsequent stories about Nairobi’s “Silicon Savannah” that came to pass over the next decade must have been a joy for him as have other events he foresaw and championed on. That Africa countries could utilize China’s desire for resource extraction to build up their infrastructure. Africans have also tried to foster regional trade by lowering barriers and improving infrastructure, and there is extensive dialogue between the government and the private sector in Kenya.

But others remained dreams unfulfilled. That African nations should combine their expensive redundant militaries into a single AFRICOM strike force at the African Union, that more universities have now grown through research and innovation, but instead been watered down through expansion into real estate, new medical devices and innovations are still employed for costly scans in urban hospitals, AGOA trade is still limited, African countries still don’t harness their diaspora except for money remittances, while little is heard from “the other three billion internet” and the “one laptop per child” projects.

Also while solar and wind energy are abundant in Africa, their innovations are still foreign imports, not home-grown solutions, but at least Kenya has become a world leader in clean energy, thanks mainly to geothermal steam. Also, GMOs are still banned and controversial in Kenya, though experiments are underway for some crops.

Some of the clips from his Mindspeak talk are still online. Also, a few year ago, he made one of his books, The New Harvest: Agricultural Innovation in Africa, available as a free download, and his Twitter bio noted that he was working on another book on technology, entrepreneurship and prosperity.

And Quartz Africa is re-sharing several of the articles he wrote for them, in honour of his life and work.

Prof Juma will be buried in Busia on Saturday.

Prof Calestous Juma was a globally known researcher whose predictions came to pass Reviewed by samrack on January 3, 2018 .

Renowned scholar, Calestous Juma Pic: Photo Courtesy Prof Calestous Juma was a globally known researcher whose predictions came to pass Prof Calestous Juma passed away recently. He was a famous man and author, more outside Kenya than within. He was revered across Africa, in agriculture, research, and diaspora circles and on the internet, where he