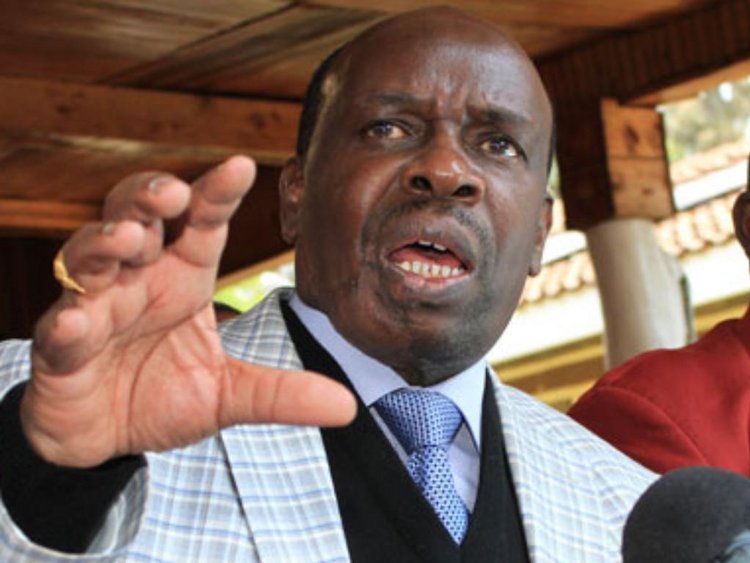 John Mututho, chairman of the National Authority for the Campaign Against Alcohol and Drug Abuse. Photo/FILE

John Mututho has taken issue with pictures doing the rounds on social media of Sonu chairman Babu Owino holding a gun and a briefcase of dollars.

The Nacada chairman asked the EACC, Central Bank and police to investigate the sources of the money and the gun.

“We have seen this student leader issuing cash to students during elections. It is sad that no government body is investigating he matter,” Mututho said.

Mututho said urgent measures need to be taken against the drugs menace at the university, which he noted is worrying.

He praised Vice Chancellor Peter Mbithi for admitting the drugs problem at the University of Nairobi saying it is time to take action.

“The first step includes demolishing all illegal structures next to all universities as this is where drugs are sold,” he said.

Mututho had called for investigations on University of Nairobi student leaders over drug dealing.

More on this story: Police net bhang and weapons at UoN hostels

IG Joseph Boinnet directed him to record a statement with police over the claims.

But the chairman said government agencies have all the information they need yet have not taken action.

“As Nacada we have done our part are worried that no action has been taken against the people involved,” he said.

The former Naivasha MP called for Nacada to be turned into a drugs control body, to have more power to deal with cases of drugs and alcohol abuse.

“All we can do is raise awareness but if the authority is turned into a control body we can go for culprits instead of just raising alarms,” he said.

Mututho noted that more than 30,000 Kenyans have died from drinking illicit alcohol from 2009.

He identified Central Kenya as the most affected but said the problem can be addressed through regulating the sale of molasses products.

“Second generation beer, produced through the use of molasses products, can be contained if the sale of the product is addressed,” he said.

John Mututho, chairman of the National Authority for the Campaign Against Alcohol and Drug Abuse. Photo/FILE Probe Babu Owino’s source of wealth, Mututho tells police John Mututho has taken issue with pictures doing the rounds on social media of Sonu chairman Babu Owino holding a gun and a briefcase of dollars. The Nacada chairman asked