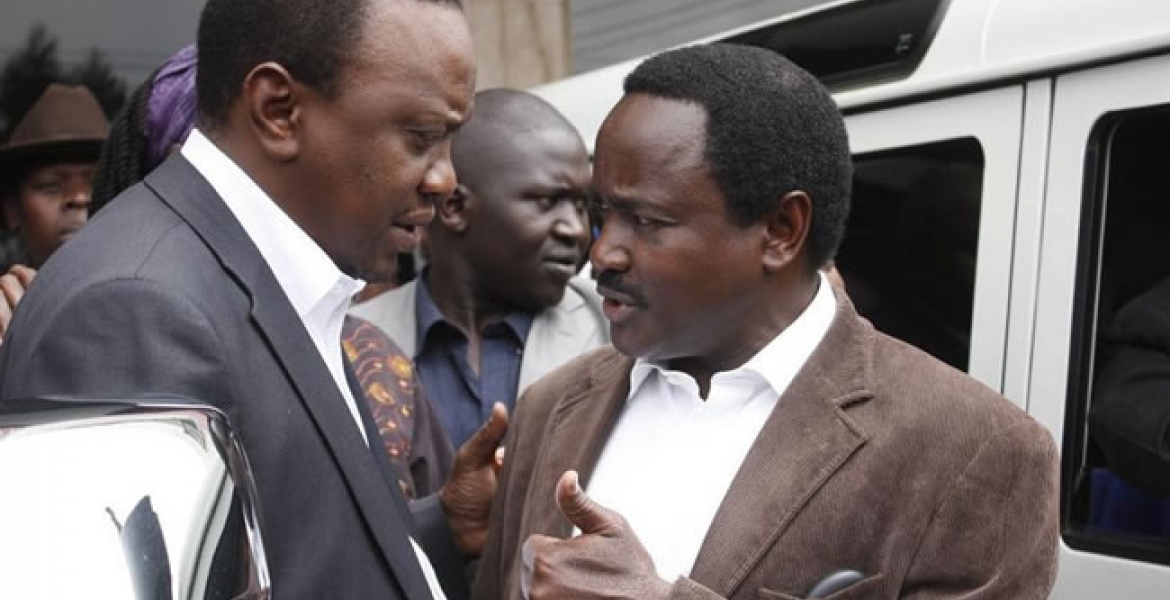 Speaking during a tour to Makueni County on Saturday, the head of state told the former Vice-President that his political future was uncertain in the opposition, urging him to jump ship and join the winning team.

“I urge my brother Kalonzo Musyoka not to be misled by Raila Odinga. Come and work with us. When I leave office, you can work with William Ruto and move this country forward,” he said.

His sentiments were echoed by Deputy President William Ruto who said that he believes the Wiper Democratic Movement leader would never lead the Kambas to a “fake Canaan.”

“My brother Kalonzo is a Christian who I am sure will not allow his people to be led to a fake Canaan that Chang’aa and busaa is legalized. The Canaan we know in the Bible is the one that has honey and milk.”Ruto said.

The Jubilee brigade urged the Kamba community not to be hoodwinked to support power hungry leaders whose interest was to create positions for themselves.

“The major problem facing Ukambani people is lack of water. Without dams and irrigation, we can’t produce enough food as well as access clean drinking water and that for irrigation purposes,” said Ruto.

“Kalonzo knows well that there is no water at home (Ukambani) and yet he continues to follow someone who does not have the interest of the Kamba community at heart,” he added.

“Out of the 57 dams Jubilee plans to construct across the country, eight of them will be in Ukambani. Surely, there is no way some people can claim to help Ukambani if they have no agenda on dams and irrigation,” said Ruto.

President Uhuru Woos Kalonzo to Jubilee with 2022 ‘Deal’ President Uhuru Kenyatta has asked National Super Alliance (NASA) presidential running mate Kalonzo Musyoka to abandon the opposition and join Jubilee Party in preparation for the 2022 elections. Speaking during a tour to Makueni County on Saturday, the head of state told the former Vice-President that