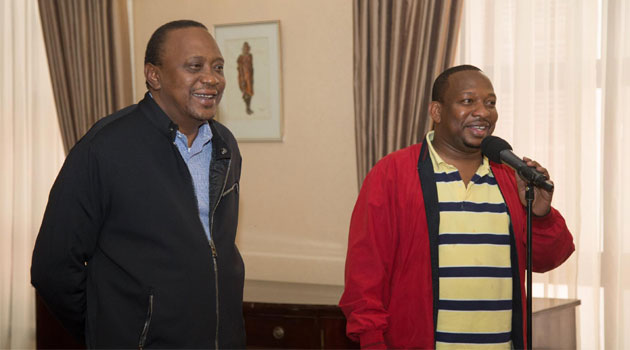 State House Spokesperson Manoah Esipisu says the move is a reassurance of support to the leaders as they begin their journey of service to Kenyans.

The two seats are seen as a huge win for the Jubilee Party as they were both perceived as Opposition strongholds.

“Both come into office on the strength of prior performance, and of the promises they made to voters,” Esipisu said.

Laboso has promised water and electricity for all of Bomet, health facilities for all and higher prices for tea farmers.

Sonko on his part has promised lower taxes and fees for Nairobi, new houses for Nairobians and free medical care for all who live in the city.

On Saturday, President Kenyatta met with Nairobi Jubilee elected leaders urging them to avoid squabbles when they take office and deliver real change to the capital city’s residents adding that resolving the city’s challenges was why they were voted in.

President Kenyatta to grace inaugurations of Sonko, Laboso as governors Reviewed by samrack on August 20, 2017 .