The new ambassadors, Jafar Marmaki (Iran) and Ndongo Dieng (Senegal), said they will work to expand the relationship between Kenya and their countries.

The new Iranian envoy said Kenya and Iran will soon mark the 50th anniversary of their diplomatic relations, and assured the President that his focus will be promotion of trade between Nairobi and Tehran.

On his part, Ambassador Dieng said he will work to strengthen the relationship that exists between Kenya and Senegal through enhanced people-to-people interactions.

President Kenyatta welcomed the new envoys and urged them to work for the mutual benefit of Kenya and the countries they represent.

The President assured the diplomats of his administration’s support as they embark on their tour of duty in the country.

The ceremony was attended by officials from the Ministry of Foreign Affairs led by Cabinet Secretary Raychelle Omamo and Chief Administrative Secretary Ababu Namwamba.

Also in attendance was Head of Public Service Joseph Kinyua. 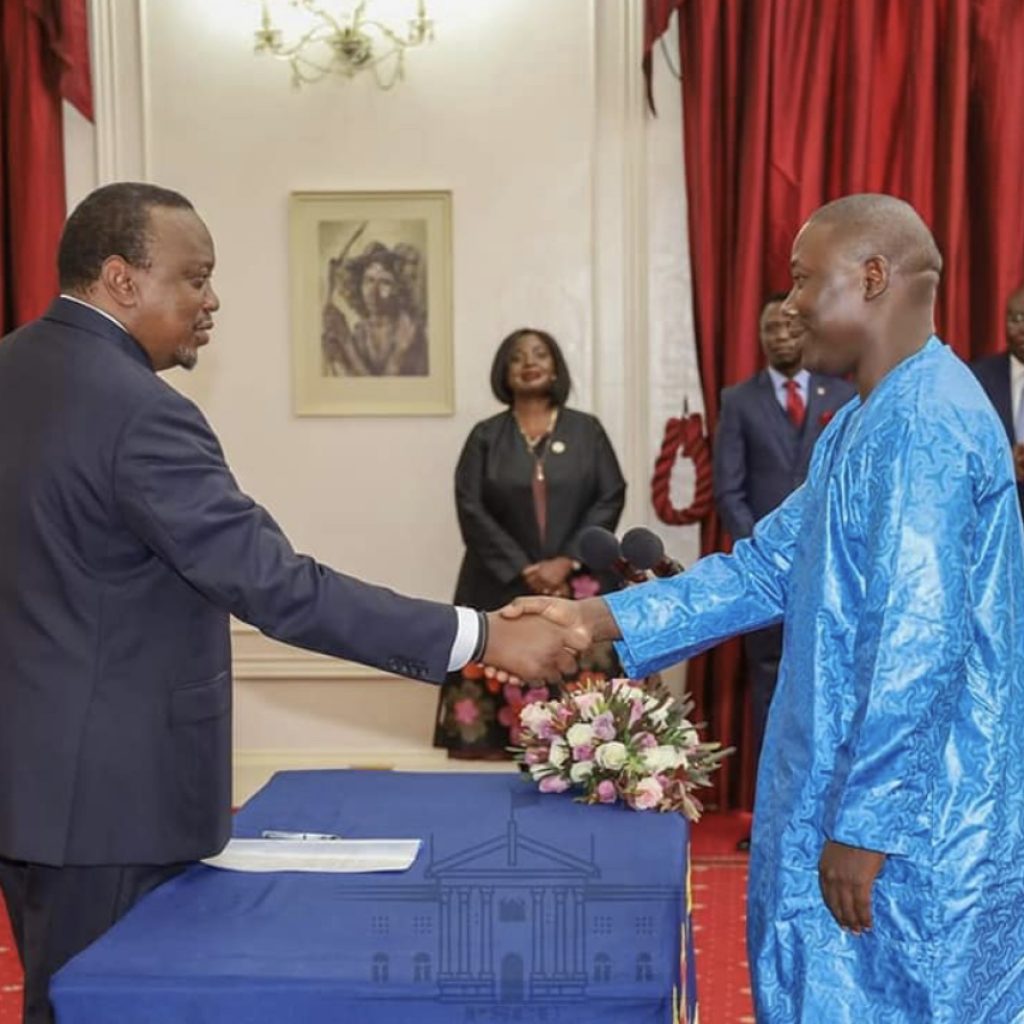