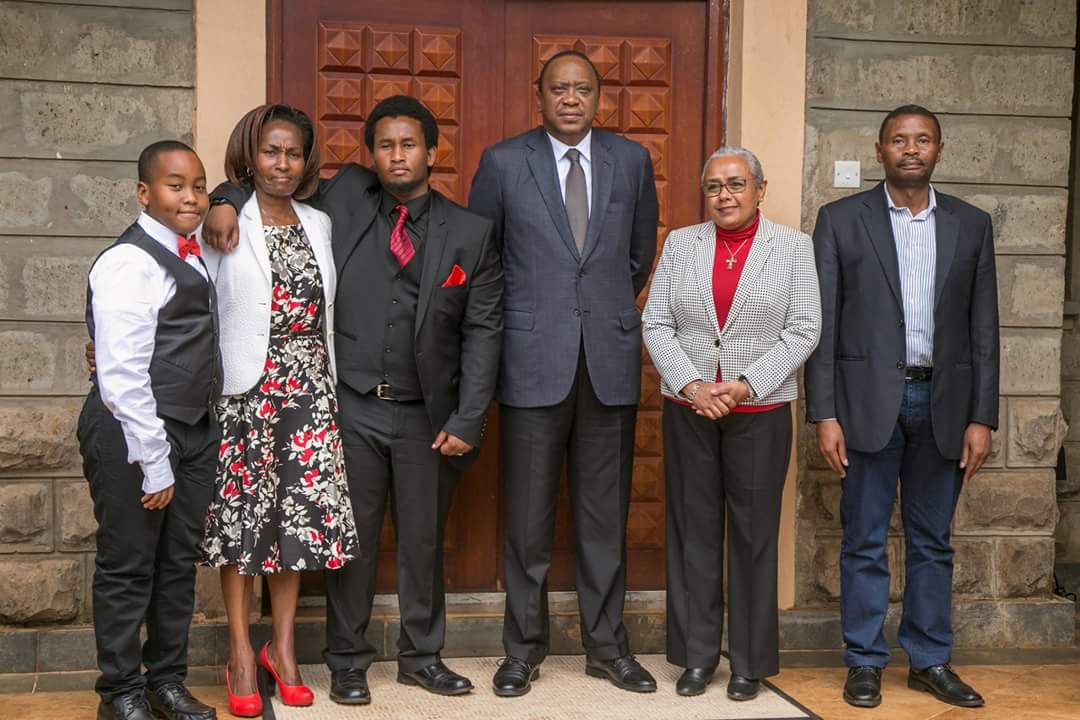 President Uhuru Kenyatta and the First Lady Margaret Thursday morning visited the home of the late Nyeri Governor Dr. Wahome Gakuru in the Nairobi suburb of Runda to comfort the grieving family.

President Kenyatta said he visited the family to encourage and comfort them at this difficult moment, assuring them of his prayers and support.

“The late Governor Gakuru was a great leader who was devoted to serving the nation. His unwavering commitment and service is exemplary and self-evident,” President Kenyatta told Governor Gakuru’s widow Catherine, and the family.

Dr. Gakuru died in a road accident on Tuesday morning this week on his way to Nairobi from Nyeri.

The late Governor, a towering figure in public life and academia, was the founding director of Vision 2030.

He held PhD in Public Policy and Administration from Arizona State University.

In his statement on learning of the unfortunate death, President Kenyatta said Nyeri and the country had been robbed of a great promise with the demise of Dr Gakuru, a committed, visionary and tireless leader.

On Thursday, President Kenyatta also recalled the giant plans the late governor had for reimagining Nyeri County, and growing it to return to its place as the nerve of the economy of central Kenya.

“Governor Gakuru had huge plans. Nyeri, to show its respect for this great man, must stand by his plans, and implement them,” the President said.

Governor Gakuru joined politics in 2013 when he unsuccessfully vied for the Nyeri gubernatorial seat.