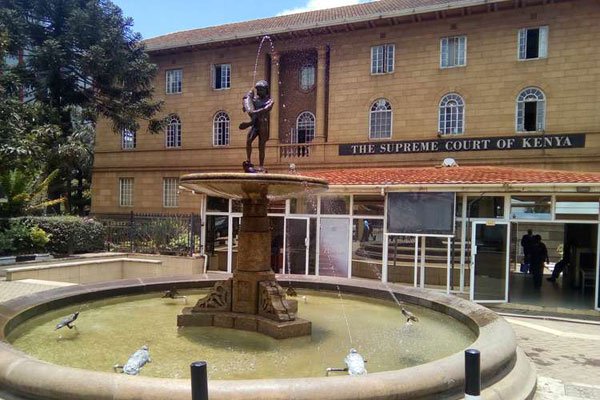 A notice from the office of the registrar said the conference will start at 7pm.

“Kindly note that all counsel appearing before the court should be fully robed,” reads the notice signed by Registrar of the Supreme Court Esther Nyaiyaki.

The aim of the conference is to set the rules of engagement: to identify the real issues in dispute, to consider in advance issues relating to any arguments, regarding the admissibility of any documentary, technical, expert, pre-recorded, digital or electronic evidence— including confessions and video, or audio-recorded interviews.

The conference is also used to determine the length of time each party will use to make submissions and/or rebut any evidence that is presented during the hearing.

The pre-trial notice came as Mr Odinga’s lawyers for filed their interlocutory application and written submissions in support of the the petition challenging the re-election of President Uhuru Kenyatta.

According to the Supreme Court guidelines on presidential petition, the deadline for filing the interlocutory applications and the submissions was at 1pm on Friday.

Soon after filing the application, lawyer James Orengo said Mr Odinga was ready for the trial and exuded confidence that they will demonstrate irregularities that denied their candidate victory.

Some of the prayers Mr Odinga and his running mate Kalonzo Musyoka are seeking in their interlocutory application is scrutiny of all presidential ballot papers cast on August 8.

Mr Odinga and Mr Musyoka want probe on all papers filed by the parties to the case and the gadgets used during the election.

“We have a bombshell. We will demonstrate that fraud and forgery of monstrous proportion were committed during the election process,” he said.

They are also demanding access to and audit on election results transmission servers and logs.

Pre-trial of Raila Odinga poll petition set for Saturday The Supreme Court will hold pre-trial conference on Raila Odinga’s presidential petition on Saturday. A notice from the office of the registrar said the conference will start at 7pm. ROBED “Kindly note that all counsel appearing before the court should be fully robed,” reads the notice