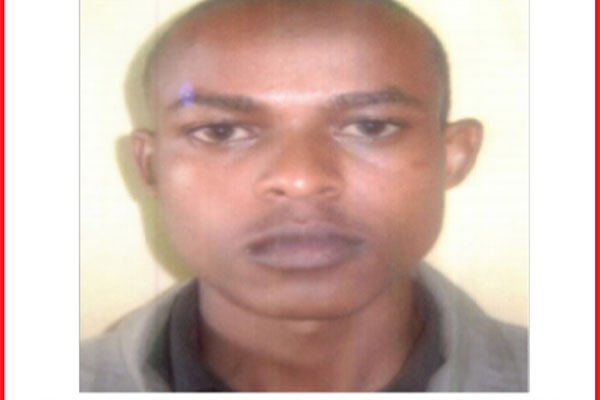 Al-Shabaab militants in Somalia are amassing at Lakta belt adjacent to Boni forest in Lamu County, with the aim of entering the forest ahead of a rejuvenated counter terror operation ordered by President Uhuru Kenyatta.

Five Kenyan Al-Shabaab militants have also been dispatched from Somalia by the terror group to lead fresh attacks and police believe some of their relatives are involved in helping them sneak into the country.

Police on Wednesday circulated photographs of five militants of high value and appealed to the public to report their whereabouts.

Police also offered Sh2 million reward for information that would lead to the arrest of any of them.

Suleiman has other aliases including Habib, Maalim Zakariya and Jureij.

Within Al-Shabaab, he is enlisted in Amniyaat, the terror group’s intelligence wing.

Kenya Defence Forces (KDF), the Somali National Army (SNA) with support of United States (US) have also intensified operations in Somalia to ensure the terrorists do not enter Kenya.

“Security agencies have intensified operations within the Lakta belt and overflowing into Boni enclave. They are looking for key Al-Shabaab operators, key amongst them Salad Tari Gufu,” a government report says.

It added: “Kenyan relatives could be trying to aid the return of their brothers fighting alongside Al-Shabaab in Somalia so that they can join the war in Boni forest.”

It also says their relatives in Kenya are “sympathetic to their cause.”

The other terrorists include Mohammed Abubakar who also calls himself Bokoboko.

Gufu Tari Gufu, ran to Somalia in 2013. He is from Marsabit County.

Besides his brother, his cousin Hassan Jarso Kartola is also on the list of wanted terrorists.

Kartola, is believed to have been part of the militants involved in Mpeketoni massacre in 2014 and holds a key position in Jayshi Ayman, the Kenyan outfit of the terror group.

Salad, before fleeing to Somalia, operated a studio in Marsabit and sold DVDs containing sermons of radical Muslim preachers.

He was also linked to a terror cell at Moi University, Eldoret, before it was dismantled.

The varsity cell was led by Mohammed Abdi Ali aka Abu Fidaa, who was arrested as he prepared a group of students to launch anthrax attacks in Kenya.

“The ongoing efforts by security agencies are aimed at finally clearing the Al-Shabaab menace in the country,” the report said.

Salad Tari Gufu, one of the wanted Al-Shabaab terrorists. PHOTO | COURTESY  Police release photos, names of Shabaab terrorists planning fresh attacks Al-Shabaab militants in Somalia are amassing at Lakta belt adjacent to Boni forest in Lamu County, with the aim of entering the forest ahead of a rejuvenated counter terror operation ordered by President