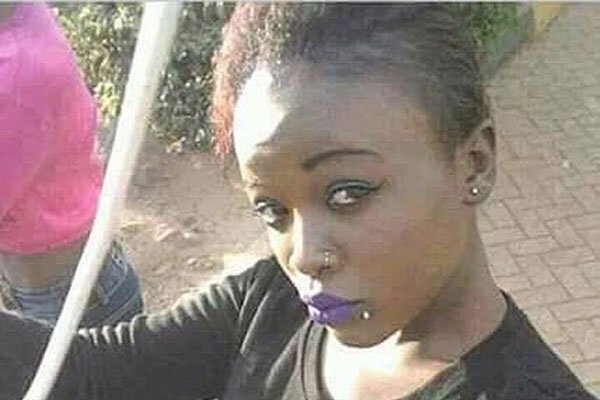 Marsha Minaj was shot dead together with a male suspect on May 28 at their house in Migingo, in Patanisho area, Nairobi. PHOTO | COURTESY

The suspect, only known by her alias Marsha Minaj, was shot dead together with a male suspect on Sunday afternoon at a house in Migingo, in Patanisho area.

Nairobi County Police Commander Japhet Koome said police had been looking for the woman and other members of her gang for a long time.

“On Sunday, police received information from the public about the location of the suspect, whom they have been complaining about, for some time,” Mr Koome said.

He said when police `went to the house they were in, they found the two and attempted to arrest them, but they started shooting at the police officers through the door.

“The officers were forced to return fire and they managed to fatally injure the two and recovered a pistol, five rounds of ammunition and three spent cartridges from the suspects,” Mr Koome said.

He said the automatic pistol were found on the suspects and the bullets would be subjected to ballistic examinations to ascertain how it has been used in the past.

The pistol could not be identified instantly because the serial number is written in Arabic.

Immediately after the shooting, the suspect was identified by a mysterious Facebook user who brands himself as a police officer on war with the armed criminal gangs in Kayole, Huruma, Dandora and other parts of Eastlands.

The mysterious police officer, who goes by the name ‘Hessy Wa Kayole’, posted gory pictures of the suspect at a Facebook group called Kayole Crime Free.

He had previously warned the female suspect through the same platform, that she would die if she did not reform and abandon crime.

Elsewhere in Pangani, police felled another suspected gangster as he and others attempted to rob two men of their valuables in Mlango Kubwa.

Police said the suspect was part of a four-man gang that defied orders to surrender and started shooting at the police officers.

The officers, Mr Koome said, shot back, killing one and finding a homemade pistol.

Another suspect was also killed and a homemade pistol found on him at Tononoka in Mowlem.

Human rights activists have condemned the continued killing of suspected criminals by police.

Police fell another Nairobi ‘gangster’ Marsha Minaj Reviewed by samrack on May 29, 2017 .

Marsha Minaj was shot dead together with a male suspect on May 28 at their house in Migingo, in Patanisho area, Nairobi. PHOTO | COURTESY  Police fell another Nairobi ‘gangster’ Marsha Minaj Police shot dead another suspected female gangster believed to be the best friend of slain gangster, Claire Njoki Mwaniki, famously known as Clea