by samrack
in Africa, Business, Diaspora, Kenya, Kenya Diaspora News, News
A A
0

Today I presided over the official opening of the Pre-Global Entrepreneurship Summit Expo 2015 at KICC, Nairobi.

This is a celebration of those whose curiosity and drive to find needed solutions keep them on the constant search of innovation. 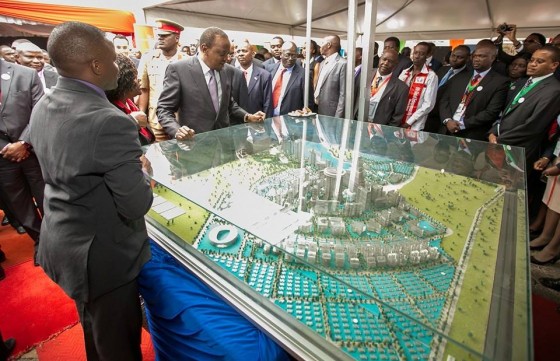 We celebrate Kenya’s entrepreneurs and business people who through their hard work and perseverance are driving our nation to ever greater heights. 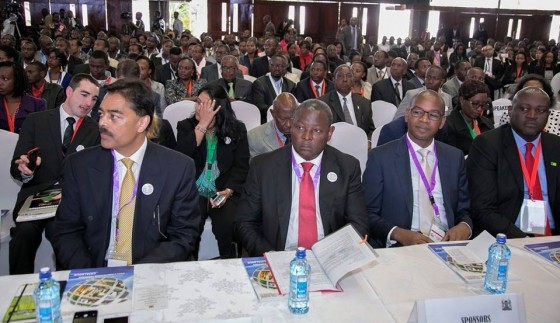 During the upcoming Global Entrepreneurship Summit, some of the world’s most successful entrepreneurs will be here accompanied by the best of those who follow in their footsteps drawn from across the world. 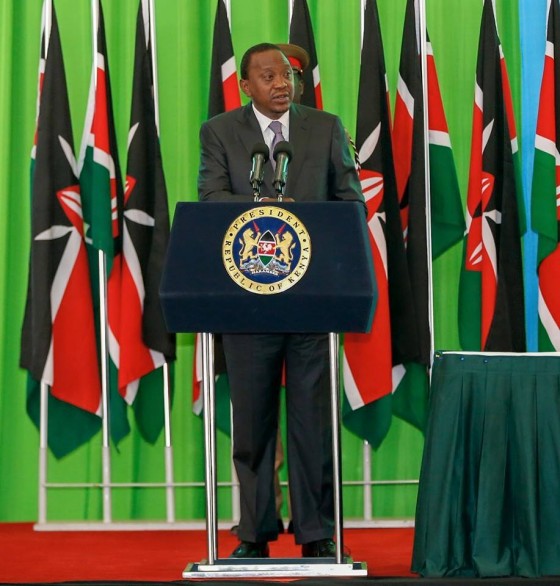 The eyes of the world will be on Kenya, and I am excited to note that a fifth of the entrepreneurs taking part will be Kenyans. 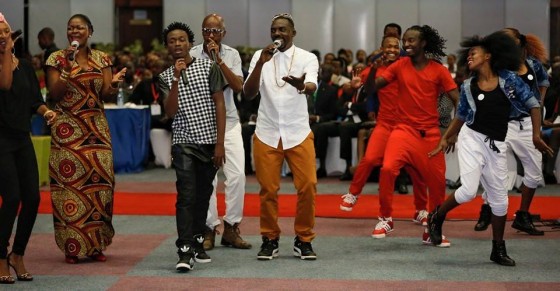 As the world comes to our doorstep, to see the Kenya that is increasingly profiled as a leading hub of innovation and openness to business, it is only right we should take every opportunity to showcase the very best of our nation’s ideas. 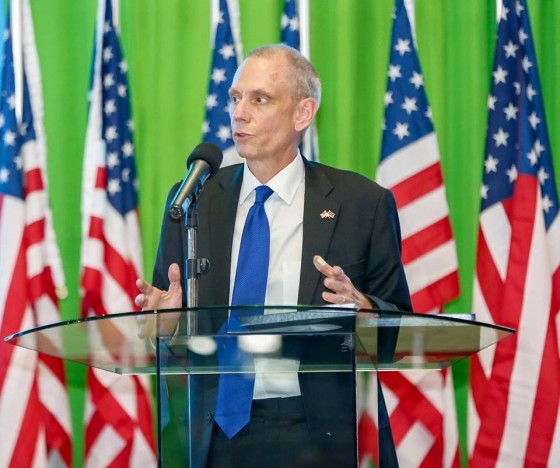 President Uhuru Kenyatta has asked Kenyans to showcase their best during US President Barack Obama’s visit from Friday to Sunday.

Speaking when he opened the Pre-Global Enterprise Summit (GES) 2015 Expo at the Kenyatta International Convention Center, President Kenyatta said the eyes of the world will be on Kenya and it is only right that Kenyans take advantage of the global focus. 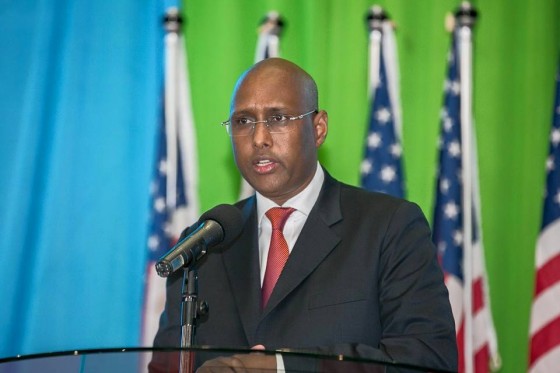 “As the world comes to our doorstep, to see the Kenya that is increasingly profiled as a leading hub of innovation and openness to business, it is only right we should take every opportunity to showcase the very best of our nation’s ideas,” he said.

The Head of State said the GES will be a good exposure for Kenyan entrepreneurs and innovators as it will give them a chance to interact with some of the world’s most successful entrepreneurs.

President Kenyatta said he was proud that a fifth of the entrepreneurs taking part in the GES are Kenyans. 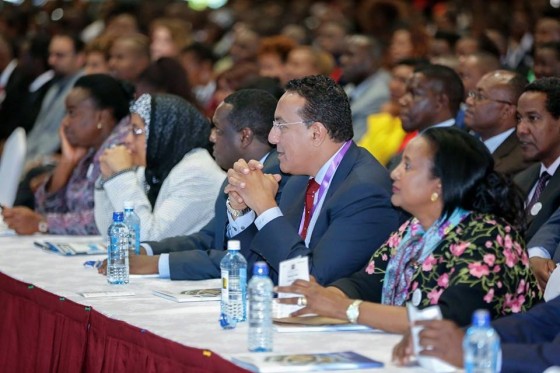 “Some of the best of Kenya’s innovative products and services are on display here, and I encourage all those who want to invest or start up their own companies to take the opportunity to visit,” said the President.

President Kenyatta assured entrepreneurs and innovators that the Government has made it a priority to deliver the necessary conditions for them to thrive.

“We are continuing to rapidly cut down on red tape, to root out rent seeking, to deliver cheaper, more accessible power, transforming our road and railway network to reduce your transport costs, strengthening security and investing in higher quality, more widely accessible education modelled to increase marketable skills,” he said.

President Kenyatta pointed out that a third of the business conducted by the Government of Kenyatta is set aside for firms run by youth and women.

He said this is one of the reasons why Kenyans are the continent’s leaders in innovation and entrepreunership.

President Kenyatta said at the heart of the success of Kenyans in business and innovation is the spirit of partnership between individuals and also with Government.

He cited the Government’s support to Nailab, the ICT Incubation Hub, as an example of partnership between the state and innovators.

Now in its fifth year, Nailab has supported 30 technology based start-up firms through mentorship, training and business support programs. 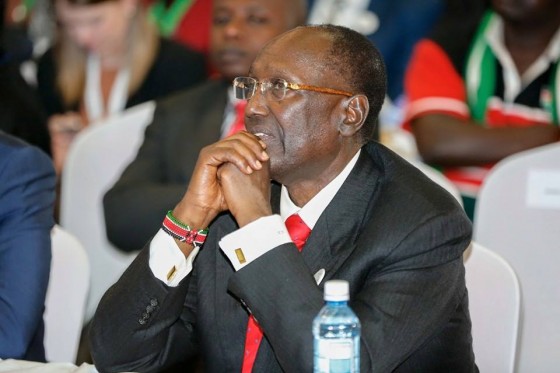 Another prominent example of the Government’s partnership with entrepreneurs is the strong support for the IBM Research Lab which was opened in 2013 as one of 12 global research hubs, and the first of its kind in Africa.

President Kenyatta said the efforts and the courage of the young Kenyans who are setting trends in the world of innovation makes him proud to welcome President Obama to Nairobi. 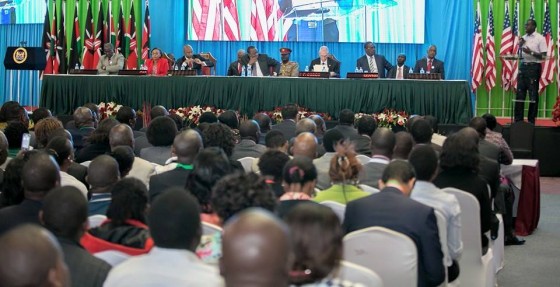 “Together we will turn dreams into reality and ideas into prosperity,” he said.

President Kenyatta and President Obama will from Friday co-host the GES.

US Ambassador Robert Godec said the Global Entrepreneurship Summit will provide an opportunity for Kenya to showcase its vibrant economy and the enormous investment potential. 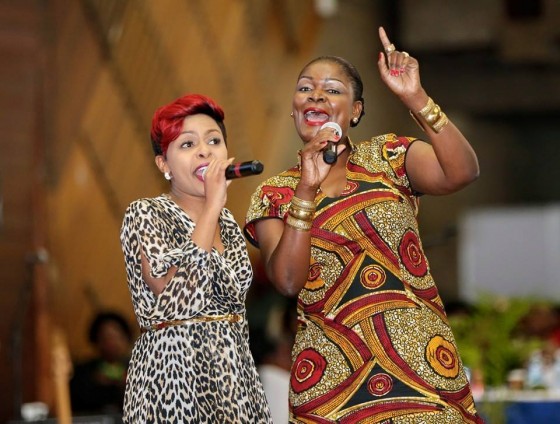 “The eyes of the world will be on Kenya because of this entrepreneurship summit,” Ambassador Godec said.

He expressed optimism that the entrepreneurs who will participate in the summit will benefit from mentorship and form connections that will power innovation.

Nairobi Governor Evan Kidero said the high speed internet, 4G mobile phone technology, the rise of technological hubs and the huge interest of the global business community in Kenya put Nairobi at the forefront of the African renaissance.

First Lady and daughters not on this trip