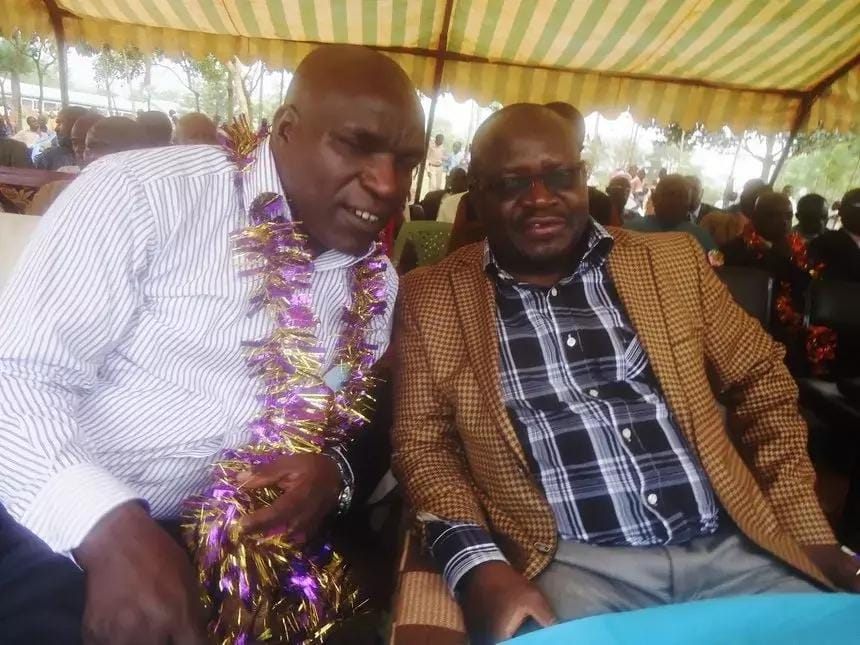 ODM’s National Elections Board has been compelled to nullify yet another nomination result from Kakamega county – The NEB said it found irregularities after scrutinising the results – It has issued new dates for the nominations to be repeated The Orange Democratic Movement (ODM) party has yet again been compelled to nullify nomination results areas in Kakamega county over irregularities. READ ALSO: NASA leaders invite Ruto to retreat where they will pick flag bearer In a statement issued Sunday, April 16, ODM’s National Elections Board (NEB) announced that after scrutinising results from a nomination exercise that went down on Saturday, April 15, it had found irregularities in some of the areas.

UPDATE ON THE ODM PRIMARIES

On Thursday 13th, the ODM held party primaries in Bungoma, Busia and Machakos Counties. The exercise was followed by primaries in Kakamega, Narok, Samburu and Turkana on Saturday 15th April.

The National Elections Board of the ODM party wishes to state that the exercise was largely a success and party members turned out in their thousands to exercise their democratic right of electing candidates of their choice to represent the party in the general election scheduled for the 8th of August 2017.

The big turn out of party members in the two phases of the primaries is a clear indicator that ODM continues to command a huge following in the Country and the eagerness Kenyans have to vote for change during the general election.

The NEB appreciates the peace and calmness our members exhibited during the exercise even when in some areas, there was a slight delay in the distribution of election materials that caused the exercise to kick off later than scheduled. However, uneasiness was noticed in some few areas which the Board is addressing.

The Board has received results from the seven counties and will make them public tomorrow.

However, the Board while scrutinizing the results noticed elements of irregularities in some areas in Kakamega County and has directed a repeat of the exercise in those areas. These areas are Khwisero Constituency only for Member of Parliament position and Butali/Chegulo Ward (MCA) on Thursday 20th April 2017.

On the primaries in Matungu Constituency, the repeat exercise has been rescheduled for Thursday 20th April 2017 and not Monday 17th April as earlier announced by the Board.

The Board also wishes to distance itself from claims by an aspirant in Turkana County Mr. Samuel Lomodo who is quoted in one of the local dailies as claiming that his name was missing on the ballot paper. We wish to state that Mr. Lomodo did not pay for the position he was inspiring for and therefore could not be included in the list of aspirants submitted to the IEBC.

Tuesday 18th April 2017, the Board is prepared for primaries in Taita Taveta, Kajiado, Nyamira, TransNzoia and Nakuru Counties. Election materials have been dispatched to the five Counties and respective Returning Officers instructed to ensure they are distributed to all polling stations on time.

The Board appeals to party members to turn out in large numbers as was in the first seven counties and nominate candidates to face off with the rest in the general election.

Thank you and God Bless Kenya.

ODM forced to nullify another nomination result Reviewed by samrack on April 17, 2017 .