NTV, KTN News back on air 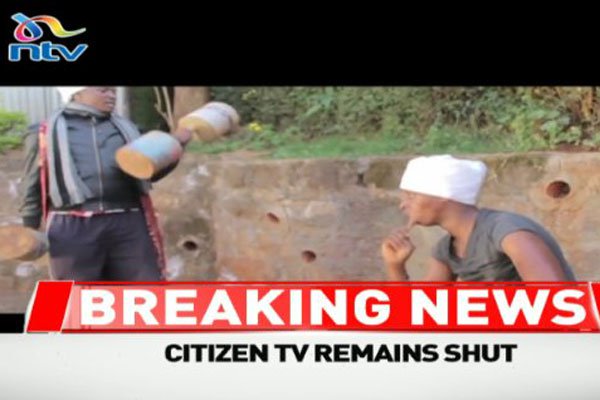 NTV, KTN News back on air

NTV, KTN News TV stations are back on air after a seven-day shutdown by the government.

However, Citizen TV and Inooro TV are yet to be reinstated.

NTV signals are back on air on pay TV carriers Dstv, GOtv and Zuku.

The Communication Authority of Kenya (CA) switched off the TVs on January 30 mid-morning to prevent a live broadcast of the ‘swearing-in’ of Nasa leader Raila Odinga as the ‘people’s president’ at Uhuru Park, Nairobi.

NTV, which is owned by Nation Media Group, was the first to go off air, followed by Citizen TV of Royal Media Services Ltd.

Two hours later, KTN, which is owned by Standard Group, was switched off.

The media blackout was condemned by the United Nations, the US, European Union and human rights organisations.

International media stations from around the globe on Monday highlighted the government’s defiance to keep the stations off-air, despite a court order to restore broadcast.