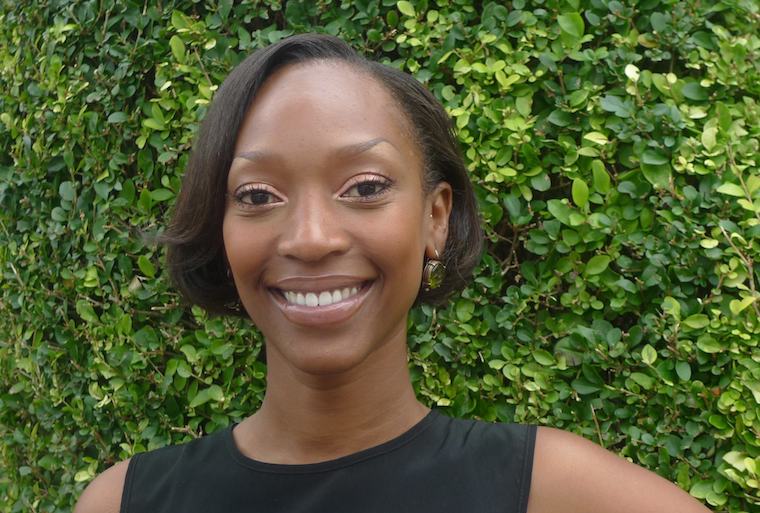 Vanessa Kingori; the youngest and first female publisher of British GQ and the first black publisher in Condé Nast UK’s 100-year history; was recognized with an MBE in the Queen’s 90th Birthday Honors List 2016.

Vanessa Kingori; the youngest and first female publisher of British GQ and the first black publisher in Condé Nast UK’s 100-year history; was recognized with an MBE in the Queen’s 90th Birthday Honors List 2016.

She has made major improvements within her first year in her new position including; the redesign and radical re-launch of the British GQ website, the launch of “GQ Video” a channel focused on creating brilliantly engaging editorial and commercially funded films and the adaptation of a “mobile-first” strategy the latter being a first for Conde Nast International.

Vanessa who was brought up by her mother as a single parent is one of the small but steadily rising number of black women who are now cracking that double glazed ceiling, which guards the fiefdom accessible to mostly white males. She studied management and sociology at Royal Holloway University of London after which it took some years of experimental career choices; one of which was as a model; she found her place in media after her friend, Kirsty Cocker, introduced her to the line of work.

“I wasn’t aware of the vast amount of roles in Publishing that exist outside of the editorial side. While working in events a friend saw how I connected with clients and suggested I consider the commercial side of media,” she explained.

She worked at BBC magazines in their advertising department then at Associated Newspaper working for the London Evening Standard. She was also fashion manager of Esquire in Britain. “I also became very involved with the launch of the Evening Standard’s first glossy magazine – ES Fashion. The now defunct title gave me my first taste of working on a luxury magazine and was a seamless move into what I do now,” she told Un-ruly.

Kingori said it was not a conscious decision to work for men’s magazines, but that she has always been comfortable with being different on many counts: “My path to celebrating my points of difference is best defined by my height. I’m very tall, so I’ve always had to come to terms with sticking out a bit. I realize now that it wasn’t an issue but an asset, as people always remember you. People who feel they’re not going to fit in can discount themselves early and unnecessarily.”

Vanessa has worked for prestigious magazine publishing house, Conde Nast UK, for the last seven years and has enjoyed unprecedented success during her tenure. Vanessa’s most recent promotion in March 2015 saw her being appointed Publisher of British GQ magazine and the full portfolio of GQ platforms in Britain.

Steaming ahead in the fashion industry Kingori continued with her mantra of not letting differences define her. “For some it may seem like a more natural fit to have a male Publisher on GQ. I think my perspective and management style works well for the brand.”

Vanessa’s approach to work has afforded her unique access, and insight into the business operations of some of the world’s most successful and influential brands. As a result, she is particularly well networked and is passionate about extending her network to those who might not otherwise be able to access them.

She has a keen interest in youth development. In her role as Visiting Fellow at the University of the Arts London, Vanessa supports students through panel discussions, project evaluations and mentoring. 2015 saw Vanessa join the judging Panel of the Black British Business Awards with a personal emphasis on rising stars within the community.

Reactions to the Honour

Asked what she was doing when she received the news, according to Times Caribbean Vanessa replies: “It was serendipitous timing. Usually my lovely assistant opens all of my mail discards the envelopes and only shows me what I need to see. When the letter arrived, she was on holiday and her cover didn’t quite feel confident enough to make a call on which of my mail to open and share. I eventually came across the letter whilst ploughing through the stack of unopened correspondence.”

“I was pleased to be the one to open it and to retain the envelope which might have otherwise been banished to recycling. The fact the envelope is date marked and stamped from the palace makes it a great memento. It’s now tucked away with other reminders of great moments in my career,” she was quoted saying.

Friends and family couldn’t help but be excited for her as well.

“They are all so supportive of how passionate I am about my work and the sometimes insane hours I put in. It’s an especially big accolade for my mother who brought my sister and I up as a single parent working all the hours she could as an NHS nurse,” she told the Voice.

“She strived to give my sister and I the very best education and cultural exposure. She was a huge advocate of expanding our understanding of the world beyond what was immediately and easily available to us. My mother was sometimes criticized for her intensity of drive. I think this honor, along with my sister’s success as a doctor of sociology at Oxford University, is extremely vindicating and exciting for her,” she added.

She says that the reaction so far across the media and publishing industry has been fantastic.

“This is really something for the people closest to me whom have helped me get to a great point in my career” she tells the Voice. “Some are in the industry and many are well outside of it. It’s a strong signal that the advice, time and positivity they’ve invested was and is worth it,” she says.

Vanessa credits much of her success to having an incredible support system and network, telling WATC: “I am so lucky to have some incredible people to support me. Mutual cheerleaders inside and outside of the industry. I am fortunate to have retained and built my friendship groups and networks from school, through University and every job I’ve had since.”

“You spend more time at work than you do with your loved ones. Those relationships are as important to me as my family. It’s also a more fulfilling way to work to stay in touch with people, to see how they grow and change over the years can inspire. My networks and connections have given me lots of confidence and lots of direct opportunities.”

Kingori plans to build within her current role and said she is excited to be “working with an excellent brand in an industry where the zeitgeist shift is creating an abundance of opportunity.”