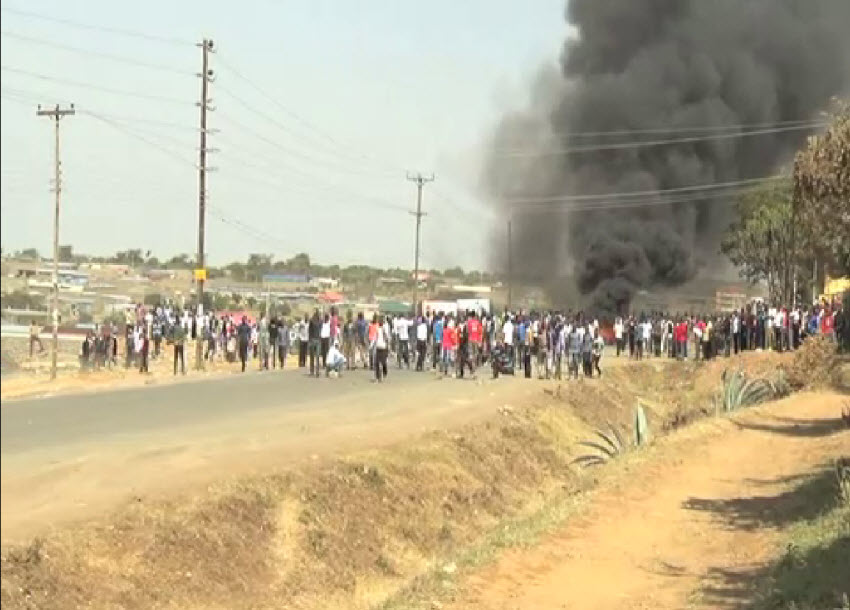 Nine university students  have been arrested for taking part in violent demonstrations on city streets protesting the delayed release of student loans by the Higher Education Loans Board (HELB).

Confirming the arrests, Nairobi police boss, Japhet Koome, said the students will be arraigned in court to face charges of damage of property during the demos.

Trouble started when the University of Nairobi and Technical University of Kenya Students started hurling stones at Police on Uhuru Highway near St Paul’s church.

Police were forced to fire teargas canisters to disperse the irate students who were engaging police in running battles.

Motorists had earlier been warned to avoid roads around the University of Nairobi due to a planned students protest.

Public university students’ organisation chair, Babu Owino, has accused the board of frustrating students who have applied for HELB loans.

The strike was announced last week by leaders of the university student unions, who vowed to paralyse learning until the funds are released.

Even as the students await the release of the loans, some 80,000 government–sponsored first year students who began reporting in the month of July will have to wait until November to get the money.

It should also be noted that this year’s admission to public universities increased by 11 per cent compared to last years’ admission rate where 56,938 students were enrolled.

The protests mirror last year’s student unrest where students in most public universities went on strike to protest a delay in the release of their loans by the government.

Babu had circulated a notice to all media houses of a peaceful and bloodless demonstration that aimed at disrupting business in a very unusual way.

The SONU chair had further complained that students were yet to receive their HELB loans, noting that some students had not reported to their colleges due to lack of school fees.

HELB CEO, Mr Aaron Theophilus Ringera, left the country for the United States to attend a public function and he was not in office respond to our queries.

Nine university students arrested over HELB city demo Nine university students  have been arrested for taking part in violent demonstrations on city streets protesting the delayed release of student loans by the Higher Education Loans Board (HELB). Confirming the arrests, Nairobi police boss, Japhet Koome, said the students will be arraigned in court to face