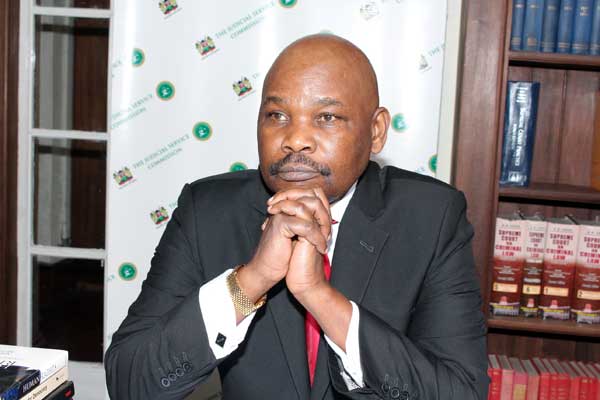 NGO coordination Board Executive Director Fazul on Monday said the commission was operating four illegal bank accounts— two at NIC bank and two others at the CBA—  contravening the terms and conditions attached to the certificate of registration.

“Your organisation has failed, declined or refused to pay statutory taxes to the Kenya Revenue Authority (KRA) amounting to Sh100 million as provided for under schedule 10 of the Income Tax Act,” Mr Mohamed writes in his letter to the KHRC Chairman Makau Mutua.

In the letter dated 14 August 2017, Mr Mohamed further accuses the commission of employing expatriates without valid work permits, “contrary to the provisions of The Kenya Citizenship and Immigration Act, 2011 , the NGOs Coordination Act 1990, the attendant regulations of 1992 and the terms and conditions attached to your certificate of registration,”.

KHRC was registered in 1994 and had been on the frontline in enhancing human rights in the country.

It has lately been vocal on issues of gender equality, extrajudicial killings, arbitrary arrests and detention, democracy, human dignity and social justice.

But Mr Fazul accuses the NGO of making false declaration on its annual returns and failed to disclose any benefits or remuneration offered to its board members.

“Kenya Human Rights Commission financial statements do not give a true and fair view of their financial position as of 4th October 2016 and subsequently it cannot be ascertained that the Sh1.2 billion received by the organisation during the same period is fully accounted for and whether the finances were utilised for the intended purpose in accordance with the Constitution of the Commission, Financial Reporting Guidelines and the requirements of the NGOs Coordination Act 1990,” Mr Fazul says.

The board further urges Central Bank Governor Patrick Njoroge to immediately preserve all funds held under the commission’s name and asked the Kenya Revenue Authority to initiate the process of recovering all accrued taxes.

“The Director of Immigration should immediately deport all foreigners working at the Kenya Human Rights Commission without valid work permits,” Mr Mohamed said in the letter copied to the KRA, the CBK and the Immigration Department.

KHRC Executive Director George Kegoro told the Nation that he had not received any letter from Mr Mohamed, and that he had learnt about the deregistration from the media.

“This is one of those attacks that the board is accustomed to. It is the third time they are giving these statements to the media without our knowledge of the existence of such,” Mr Kegoro said.

He said the allegations made by Mr Mohamed were false and that there had been a court order asking the board to stop “arbitrary treatment of the commission”.

“We have on several occasions actually asked the Board’s board to meet us and discuss whatever issues they may have, but they always come up with excuses,” he said.

KHRC’s deregistration comes days after Mr Mohamed dealt a similar blow to an NGO linked to Rosemary Odinga, and months after he froze the accounts of Kalonzo Musyoka Foundation.

NGOs board de-registers KHRC Reviewed by samrack on August 14, 2017 .