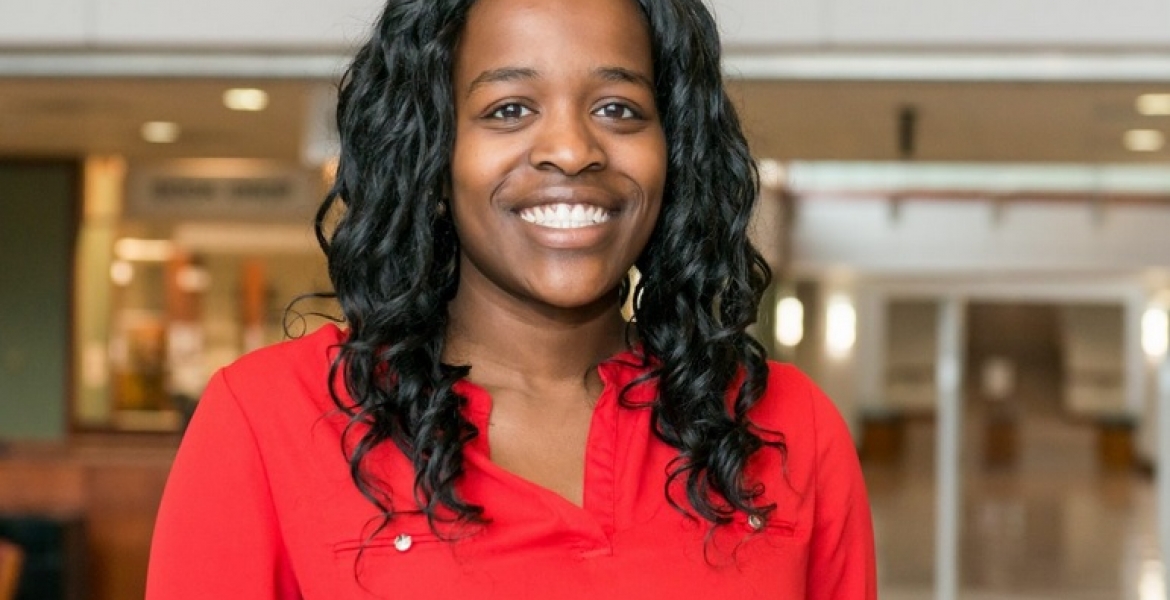 Naomi Mburu, a chemical engineering student at the University of Maryland Baltimore County (UMBC) has received the prestigious Rhodes Scholarship.

Naomi, 21, whose parents are Kenyan immigrants, becomes the first student in UMBC history to receive the prestigious honor. She is also one of only 32 college students in the United States to be selected for the 2018 scholarship.

Established in 1902, the Rhodes scholarship is the world’s oldest scholarship program and one of the world’s most prestigious. Rhodes Scholars get a scholarship for postgraduate study at the University of Oxford. Recipients from around the world are selected based on their academic and research accomplishments, as well as leadership skills.

Naomi, currently a senior at UMBC and set to graduate in 2018, says being a Rhodes Scholar will provide her with the “network and resources to be an influential scientist and education advocate on the global level.”

“As a Rhodes Scholar, I will be completing a Ph.D. in engineering science and likely conducting my research under Dr. Peter Ireland to work on heat transfer applications for nuclear fusion reactors,” says Naomi.

Naomi, who is a graduate of Mount Hebron High School in Ellicott City, Maryland, has pursued several research projects, including at the Johns Hopkins Applied Physics Laboratory and at Vanderbilt University. She spent the summer of 2016 at Geneva, Switzerland working with scientists at the European Organization for Nucelar Research to measure the impurities found in the Large Hadron Collider particle accelerator.

She is also currently working with a UMBC professor to develop a bioreactor that would extend the viability of human organs waiting transplant.

UMBC President Freeman Hrabowski told the Baltimore Sun that Naomi’s recognition “speaks volumes about both Naomi as a fine thinker and future leader and about the education she’s received here.”

Dr Hrabowski added that he got goosebumps on learning that Naomi had been selected for the scholarship, saying that he was one of the school officials who recruited her to UMBC with the promise that she would be able to attend any graduate school of her choosing afterward.

Share thisFacebookTwitterPinterestEmailWhatsAppNaomi Mburu, a Kenyan-American Student atUMBC Receives the Prestigious Rhodes Scholarship Naomi Mburu, a chemical engineering student at the University of Maryland Baltimore County (UMBC) has received the prestigious Rhodes Scholarship. Naomi, 21, whose parents are Kenyan immigrants, becomes the first student in UMBC history to receive the prestigious honor. She is also one