Kenyans in US should invest more at home 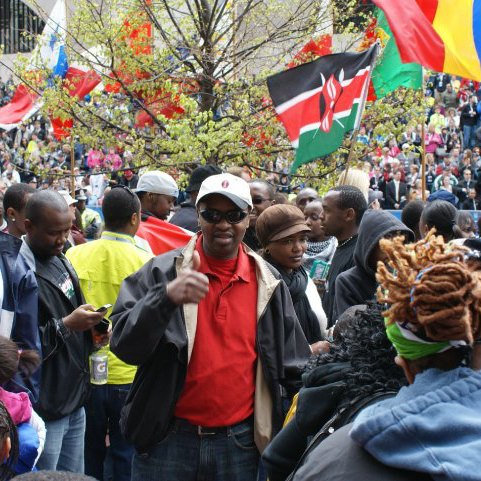 Kenyans in US should invest more at home

On November 8, I, along with the rest of the world watched transfixed as the American public voted in Donald Trump, an unlikely candidate who ran a highly spirited yet controversial campaign.

It was the culmination of a hard fought campaign that stands out for many reasons. One of his key campaign platforms was his chilling promise to deport (illegal) immigrants in their millions, a promise he has repeated after being declared president-elect. Whether he makes real his threat we will wait to see.

As a former emigrant, I relate deeply to non-resident Kenyans living in the US, whatever their status. It is a country that offered me great opportunity; opportunity that I embraced with both arms. After living and working in the US for 16 years, and interacting with many Kenyans in various capacities, I can certainly sympathize with non-resident Kenyans who may not have their papers in order and are staring possible deportation in the face.

Whether the threat pans out or not, one thing is for sure: America is undergoing a revolution that may cause non-citizens to rethink their continued stay in the ‘land of opportunities’.

According to 2015 statistics from the International Organization for Migration (IOM), there are over 30,000  Kenyan immigrants in the US. I suspect these numbers are greatly understated. Whatever the case, these are enterprising Kenyans who have made that country their second home, have jobs or businesses and are supporting their families back home.

Diaspora remittances to Kenya continue to grow in leaps and bounds, hitting a record Sh15.6 billion in June, according to recent Central Bank of Kenya data. A large portion of these remittances is from the US. Legal or illegal, our brothers and sisters are making a significant contribution to our economy.

Against the backdrop of uncertainty facing Kenyan Diaspora in the US, this is the time to diversify. To cast our investment nets wider. Kenyans abroad have generally been sending money back home for subsistence support — paying school fees, buying food, offsetting medical bills among other needs. Some have tried their hand at investing. Now, more than ever, is the time to go main-stream.

And there is good reason, besides the uncertainty that comes with a Trump presidency, Kenya has made tangible reforms that have improved the business environment, making it highly favourable for enterprise and investments. Only last month, the World Bank Ease of Doing Business report showed Kenya had improved 21 places to rank at 92 out of 190 countries surveyed globally!

It is now easier to start a business, obtain access to electricity and register property, and there is now policy framework in place for protecting minority investors and resolving insolvency.

The country has made strides in containing insecurity that had in the last couple of years caused jitters for businesses. Significant budget allocations have consistently been made towards infrastructure development, connecting major parts of the country and easing movement of goods and people. The incremental integration of the East African Community also presents tremendous opportunities for Kenyan entrepreneurs.

My personal experience, having lived and worked both here and in the US, is that the Kenya economy and markets have kept up with global trends, making it highly competitive and attractive for investments. This development is backed by an equally advanced financial system that matches the increasing demands of the global bank customer. I remember struggling to find time to go to the bank to send money back home via traditional wire transfers.

Kenyans in Diaspora now find it very convenient and even cheaper to do so instantly using internet-based or mobile money transfers any time of day or night. For me, this realization is brought home as part of a team at ABC Bank that has developed world-class products that enable our Diaspora customers to save, transact or invest as though they were within the country’s borders.  It’s indeed a global village.

The industry regulator, the Central Bank of Kenya has also introduced and enforced stringent governance procedures and guidelines, making the sector more transparent and winning the confidence of the banking public. There has never been a better time or incentive to save your money in Kenyan banks, and to borrow at lower rates so as to capitalize on the numerous investment opportunities available.

My advice to Kenyans living in the US? The words of a former US President, Franklin Delano Roosevelt who assumed the Presidency in 1933 during the Great Depression – ‘The only thing we have to fear is fear itself’. Let’s embrace the opportunities that exist in Kenya to realise our dreams and ambitions.

The writer is head of diaspora banking at ABC Bank Kenya, and previously worked with the Citizens Bank of Edmond in Oklahoma, USA for 14 years. Email: joseph.waithaka@abcthebank.com. The views expressed herein are personal.

Kenyans in US should invest more at home Reviewed by samrack on November 22, 2017 .

Kenyans in US should invest more at home By JOSEPH WAITHAKA On November 8, I, along with the rest of the world watched transfixed as the American public voted in Donald Trump, an unlikely candidate who ran a highly spirited yet controversial campaign. It was the culmination of a hard fought campaign that stands out