Muyika: 20 Year Old Millionaire Who Turned Down Harvard to Live the Tech Dream in Kenya 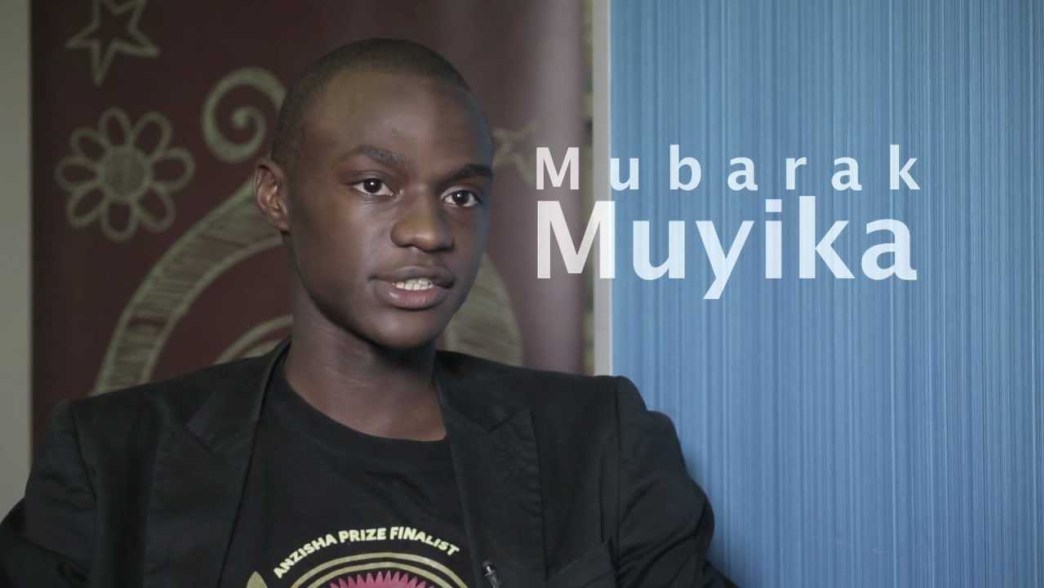 Muyika: 20 Year Old Millionaire Who Turned Down Harvard to Live the Tech Dream in Kenya

Orphaned at 10, Mubarak Muyika has been doing business since his school days at Kamusinga High School in Bungoma County.

His passion for entrepreneurship saw him turn down a fully paid scholarship to the prestigious Harvard University in the US last year to follow the unbeaten path of setting up a computer business.

‘‘I cleared high school in 2011, two years earlier I had developed a passion for computers that saw me set up a website for my adoptive parents who were running a bookshop.

He registered Hype Century Technologies and Investments Ltd, a company which deals in web-designing and domain registration, in January 2012.

‘‘We started very small, with Sh50,000 which I had saved from a freelance job I had been doing as a student and after High School. My first client was so impressed that he offered me space in his office at Rehema House in Nairobi,’’ he recalled with nostalgia.

Mr Muyika incorporated two of his friends in the enterprise and within three months they were on a roll.

‘‘At that time we were handling six clients through monthly and annual charges,’’ he said. The firm earned a reputation for efficiency.

‘‘Mr Muyika is enterprising and focused, I recommended him to Havard University but noticed that entrepreneurship came first and he had no obligation to pursue the course.

‘‘Nowadays one can learn in many ways, even Bill Gates did not complete his studies. He walked out and aggressively did serious business,’’ said business magnate Chris Kirubi in a phone interview with the Business Daily.

‘‘We had three computers and in a good month I would pocket between Sh60,000 and Sh80,000, which I used to pay my two part-time employees. Our services varied from domain registration to web hosting and designing ’’ he said.

By August last 2012 the company had grown big enough to employ six more people on a full time basis and relocated to a bigger office in Westlands.

‘‘Most of the new staff were university graduates, I was dealing with the best talent in the market,’’ said Mr Muyika.

In the same month, the entrepreneur contested for the Anzisha Prize in South Africa and walked away with Sh1.1 million.

Anzisha Prize targets African entrepreneurs aged between 15 and 21 who have developed innovative businesses which have positively impacted on communities.

The platform is an initiative of the Africa Leadership Academy in partnership withMasterCard Foundation.

While in South Africa to receive the prize, Mr Muyika met American investor Jim Doursey who negotiated for a 10 per cent stake in Hype Century Technologies.

‘‘He flew to Kenya, we did the paperwork and he enabled us to expand to Uganda, Tanzania and Rwanda. We started selling domains online and hosting packages atHypeCentury.Com”

“Our local clients include Nakumatt Holdings, Fone Express, and Baraka FM among other big player’s in the market,’’ said Mr Muyika.

‘‘Much of what I learnt in South Africa was about what not to do in business, I have been applying the skills in any venture I pursue,’’ he said.

Soon the firm was handling over 700 companies.

In October 2012 investor Elvis Wakwoma, who owns Wemps Telecoms Kenya, bought five per cent of Hype Century Technologies. I asked Mr Muyika about how he manages his businesses given his educational background.

‘‘I respect education but it should be a tool to create opportunities. The problem with our system is that it prepares one on how to get a degree, get a good job and retire at 50 or 70 year’s or even get sacked in between.’’ he said.

In December 2012 Mr Muyika inked yet another deal, this time round with Indian investor Jignesh Patel who runs I-Code Ltd. Mr Patel acquired a 25 per cent stake in the company.

By the end of last year the company had more than 900 domains. Mr Muyika was the biggest shareholder with a 60 per cent stake.

‘‘Patel had 25 per cent shares, Wakwoma five per cent, Doursey 10 per cent and I had 60 per cent. I retained the chief executive’s position but I had the feeling that I was not maximising my potential. I opted to sell my shares and develop a new venture,’’ said Mr Muyika.

He could not divulge details on the deal, including how much money he made from the sale. By the time he left in May the company had 14 employees handling 1,400 domains.

Soon after his exit Mr Muyika registered another firm, Zagace Company, and rented a two-bedroomed house which acts as his office. He employed 12 computer programmers.

‘‘Zagace is an enterprise management platform that uses Enterprise Resource Planning (ERP) and web-hosting resources to create a basic forum for business systems and processes,’’ he said

The product is in its final stage, he said. Mr Muyika exuded confidence that the firm will operate globally by the end this month through subsidiaries.

‘‘An entrepreneur needs to take calculated risks, we will be selling business models depicted as Zag Apps Online,’’ he said.

Who are his role models?

‘‘I am inspired by people’s actions but not their entire lifestyles. Locally, Chris Kirubi takes it, I like his business management skills and sheer optimism when pursuing business ventures.’’

‘‘The biggest challenge is getting ready investors to work with since few entrepreneurs believe in taking risks. But all is not lost, I am optimistic that we will sail through,’’ he said.

Mr Muyika said he was yet to decide whether to join Harvard University for a computer science programme or not.

Besides the Anzisha price he won in 2012, Mr Muyika won Africa’s Most Promising Young Entrepreneurs: Forbes Africa’s 30 Under 30 For 2015.

Muyika: 20 Year Old Millionaire Who Turned Down Harvard to Live the Tech Dream in Kenya Reviewed by samrack on February 18, 2017 .

Muyika: 20 Year Old Millionaire Who Turned Down Harvard to Live the Tech Dream in Kenya Orphaned at 10, Mubarak Muyika has been doing business since his school days at Kamusinga High School in Bungoma County. His passion for entrepreneurship saw him turn down a fully paid scholarship to the prestigious Harvard University in the