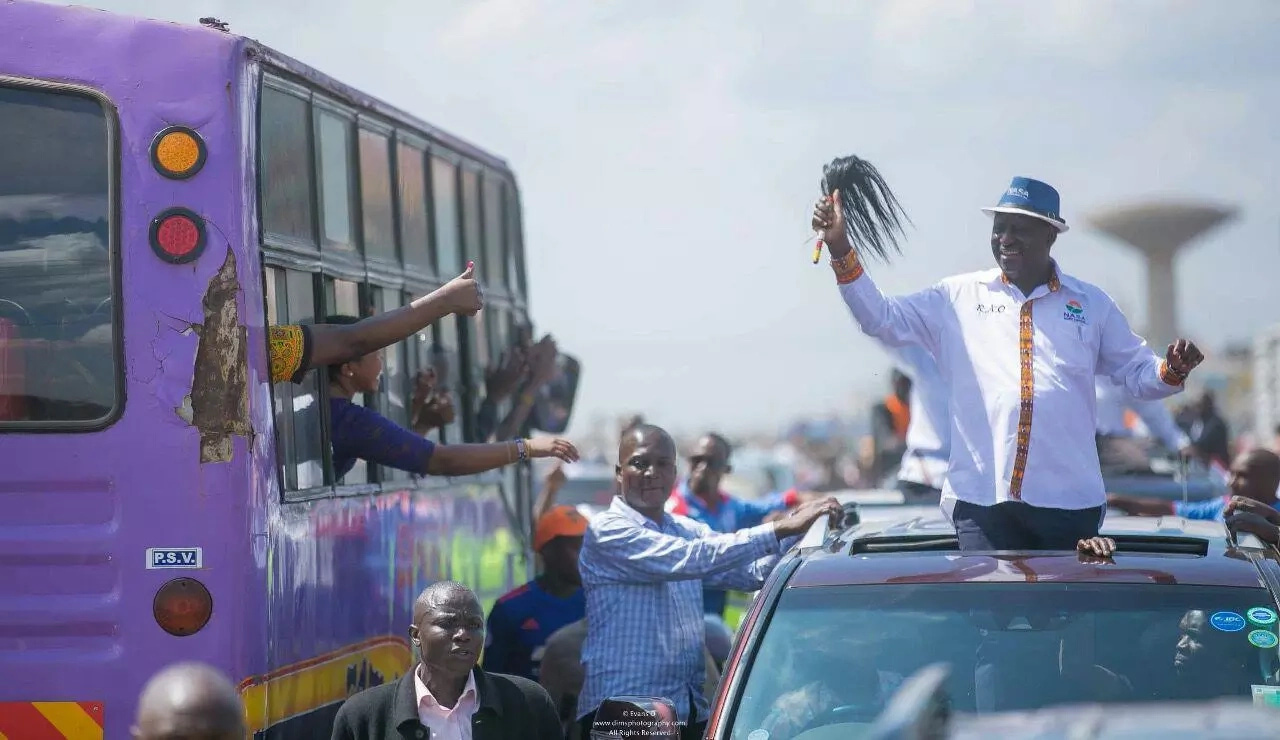 Raila Odinga salutes supporters during a past rally in Nairobi. Photo: NASA

NASA has formally withdrawn the candidature of Raila Odinga and Kalonzo Musyoka from the presidential race -President Kenyatta and Jubilee leaders have been calling on Raila to withdraw from the race -The IEBC was thrown into a crisis meeting shortly after Raila announced he would not participate in this month’s election Controversial political analyst Mutahi Ngunyi has warned Jubilee against celebrating Raila Odinga’s withdrawal from the presidential race. Ngunyi warns that Jubilee should first understand the National Super Alliance (NASA) leader’s scheme. He says it could be more ugly than it seems to look suggesting it is also a scheme by Chief Justice David Maraga.

READ ALSO: Here is what top Kenyan lawyers think about Raila’s withdrawal from the fresh presidential race Ngunyi has only revived Jubilee attacks on Maraga because of the Supreme Court verdict which shocked them as they thought the court would rule the same way it did in 2013. President Uhuru Kenyatta could not contain his anger as he publicly lashed out at Maraga while terming the majority decision a judiciary coup. Mutahi Ngunyi who has warned Jubilee not to celebrate before understanding Raila’s scheme READ ALSO: Raila Odinga withdraws from repeat presidential race, calls for fresh election And picking from this narrative, Ngunyi goes on to insinuate that the coup will continue from November 1 when NASA goes to court to declare Uhuru’s mandate ended on October 31. He further suggested the Raila’s withdrawal was invalid. Raila Odinga addressing NASA supporters in Kibra Constituency. Photo: NASA The IEBC has acknowledged it has received a letter from Raila informing them that he is not a candidate in the October 26 election. READ ALSO: MP ready to resign if Raila beats Uhuru in fresh election Lawyers who are also Jubilee politicians have said that it would be legally impossible to declare Uhuru president even after Raila withdrew from the race. Many Jubilee supporters thought that would be the case and were bold in daring Raila to drop out of the race so that Uhuru is sworn in unopposed. Source: https://www.tuko.co.ke

Mutahi Ngunyi warns Jubilee not to celebrate before understanding Raila’s scheme Reviewed by samrack on October 11, 2017 .

Raila Odinga salutes supporters during a past rally in Nairobi. Photo: NASA  Mutahi Ngunyi warns Jubilee not to celebrate before understanding Raila’s scheme NASA has formally withdrawn the candidature of Raila Odinga and Kalonzo Musyoka from the presidential race -President Kenyatta and Jubilee leaders have been calling on Raila to withdraw from the race -The